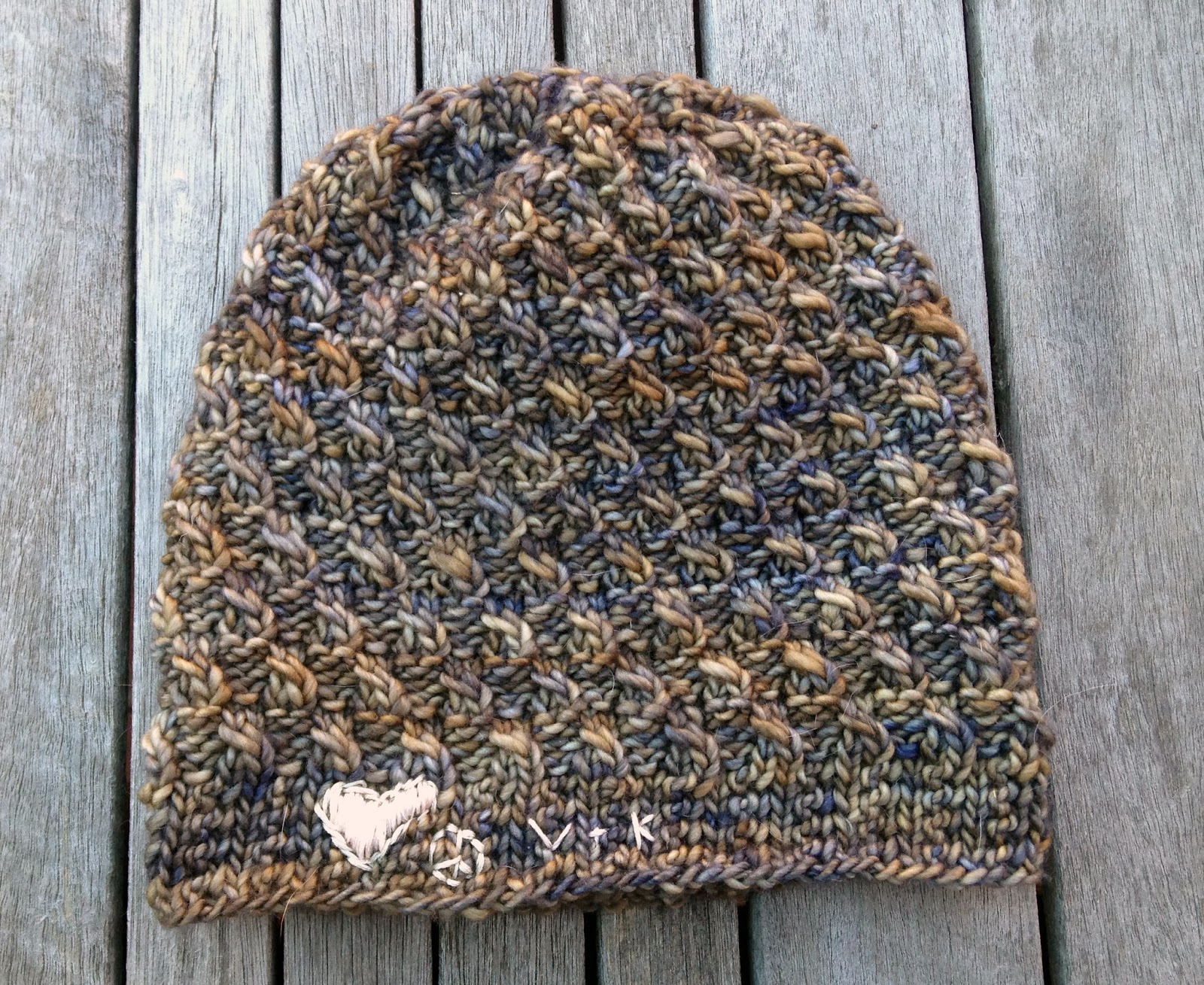 Here it is. My Black Rock Hat! Perfect for those January outings to the museum to see the Lambourne exhibition and all the Black Rocks he painted. The hat can be knit without the embroidery but I think it gives the hat a little surprise. The graffiti images can also be changed based on preference. I mimicked the graffiti that I found on the rock (sort of). 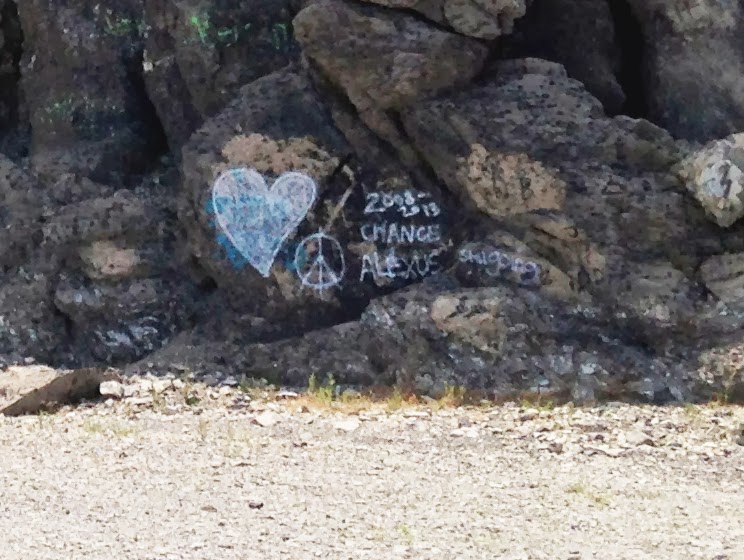 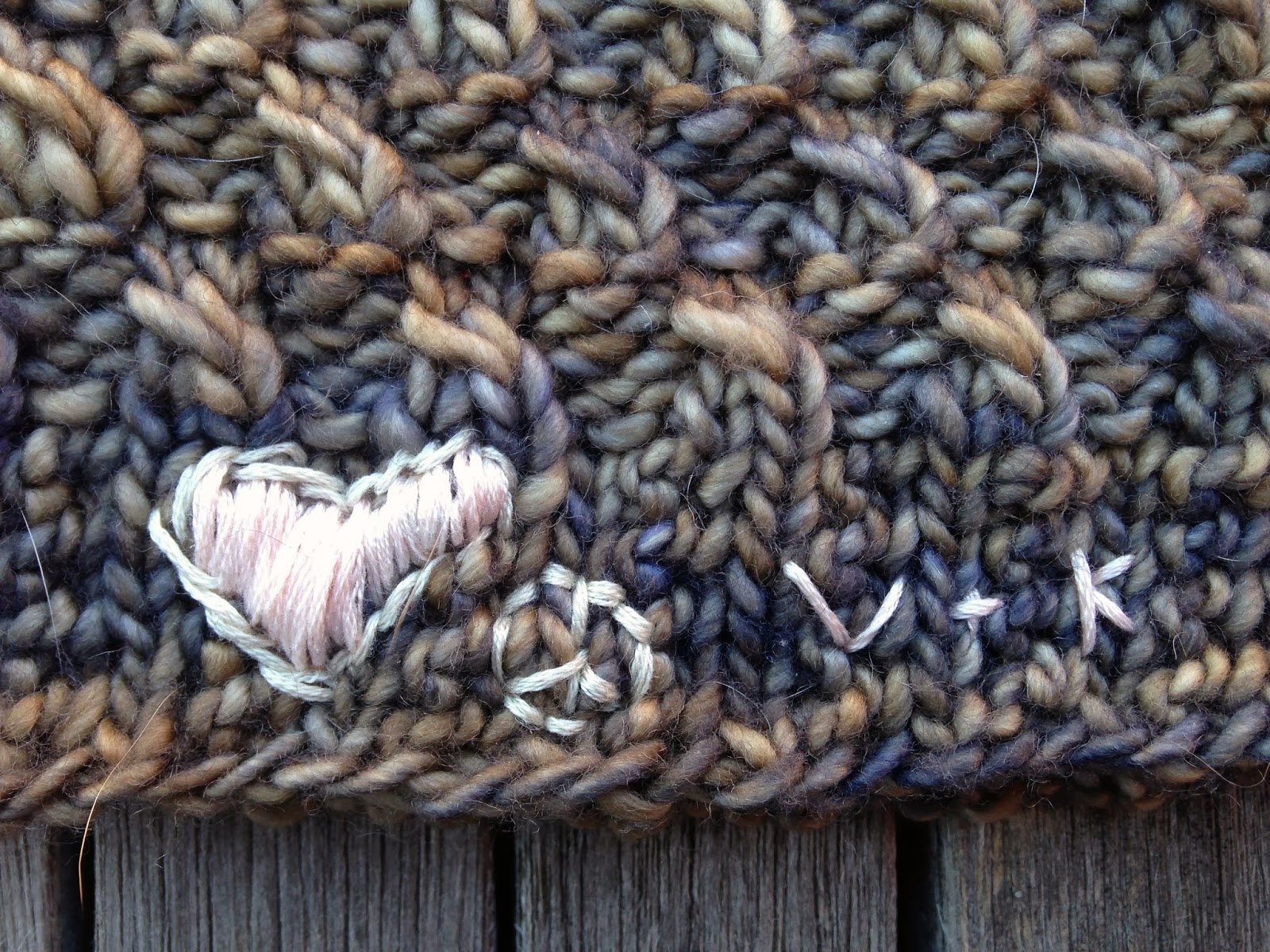 If I knit one without the embroidery, I may even get my husband to wear one (although he hates knitted things – oh the irony…) 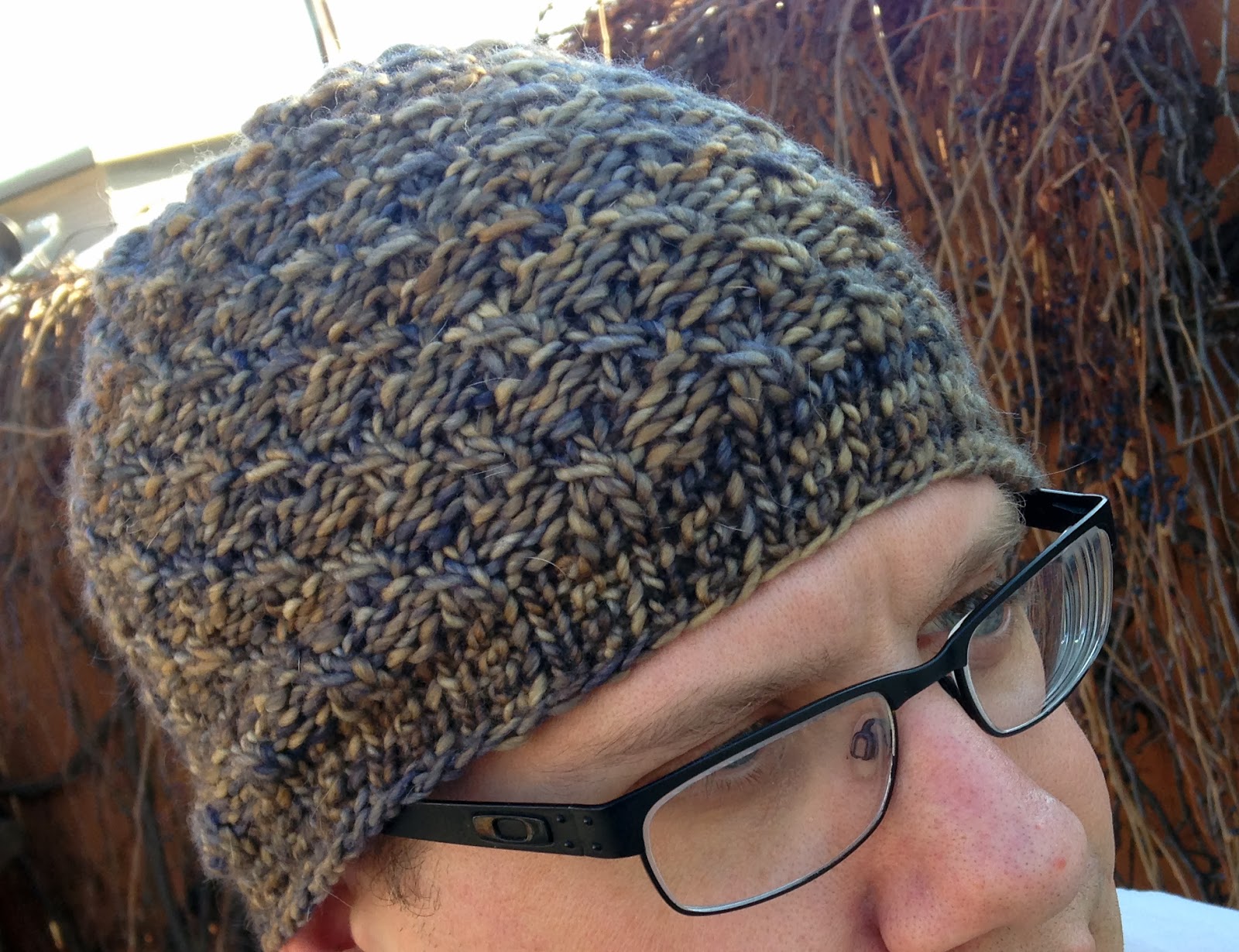 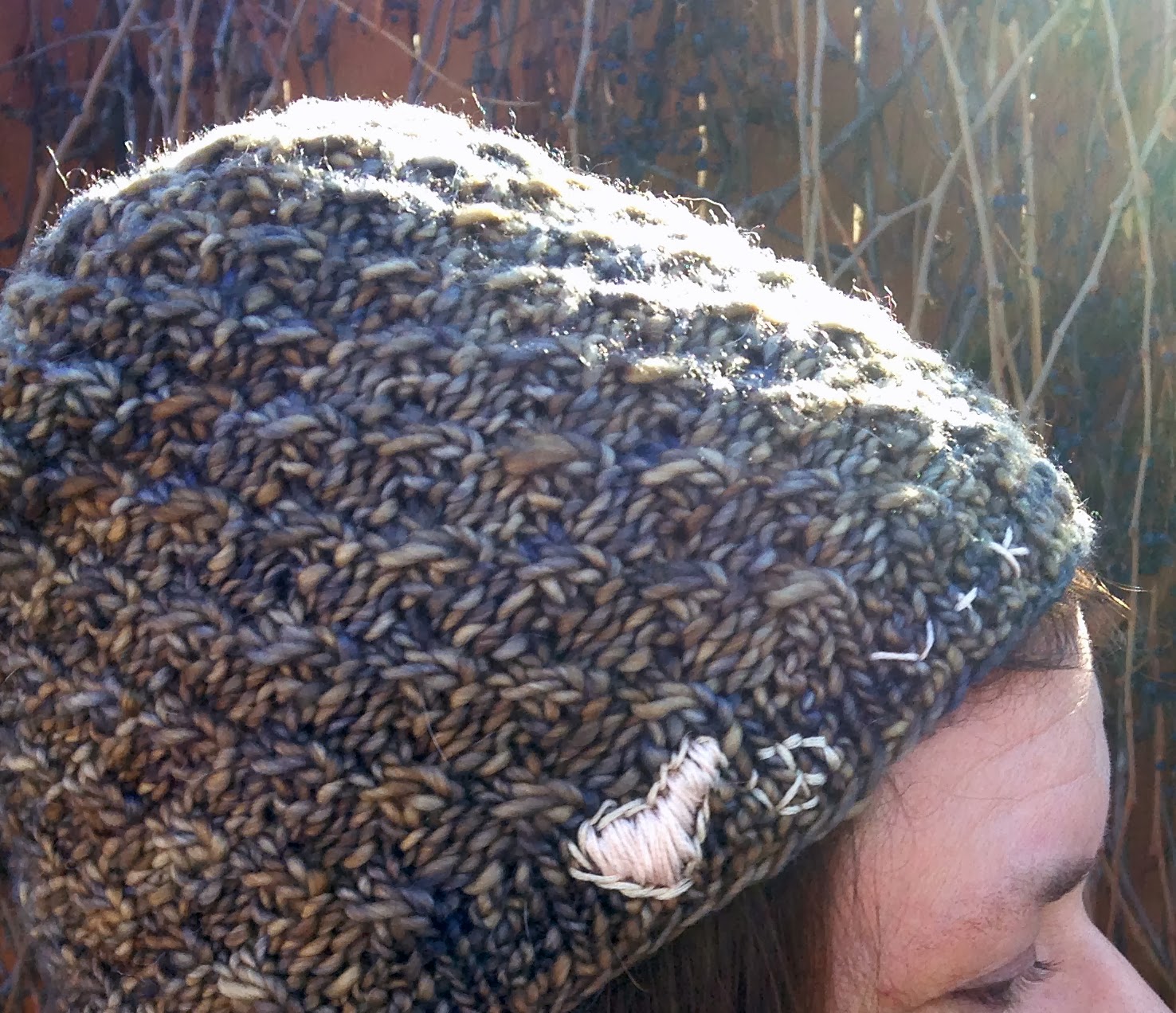 And for your enjoyment, the inspiration for the hat. 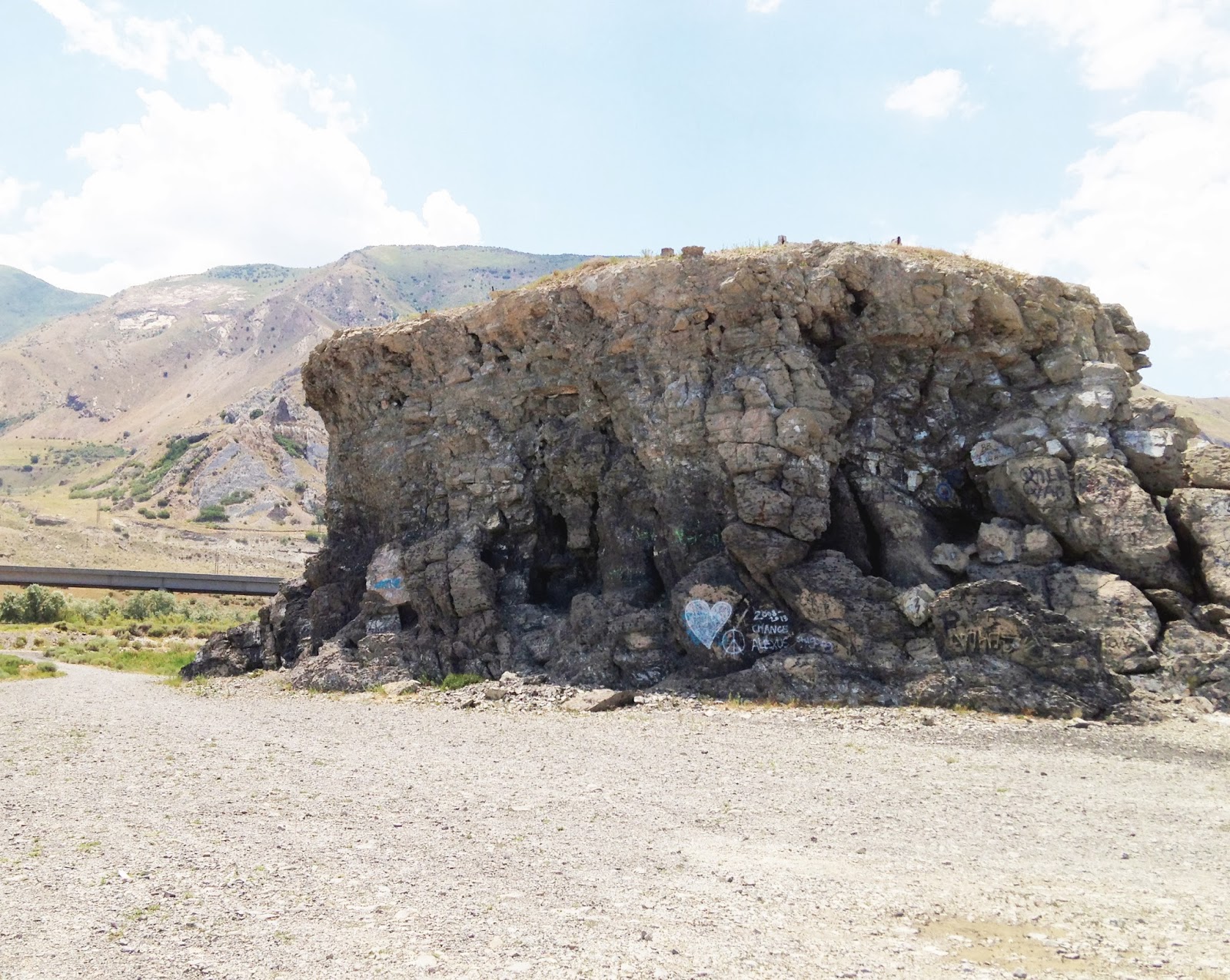 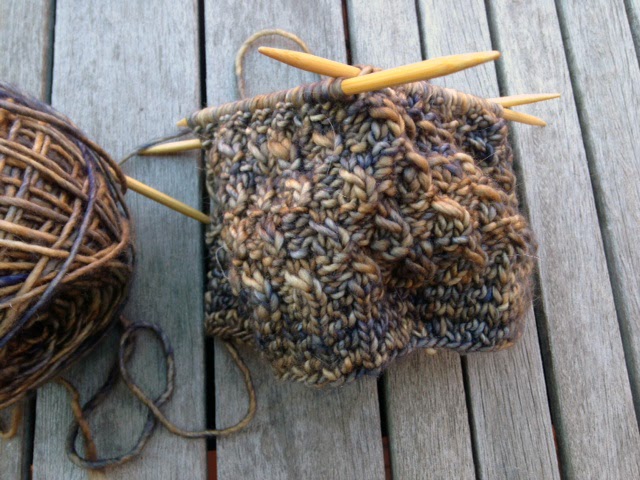 Because I chose worsted, the hat is going fairly quickly. If I would just stop falling asleep while knitting I might have it done by now. I have been working at my real job too much at home and staying up too much lately, so knitting is suffering.

As I was thinking of this pattern, I wanted to mimic the texture of the rock and at the same time have something that was interesting and unusual to knit. I chose a stitch pattern that is easy to memorize but with a few twist stitches to make it fun. The ribbing is also an unusual rib to give the brim more heft for a more stable base for the embroidery I plan on doing later. You can’t see it very well in my picture but I think it is going to be a handsome hat.

Hopefully by the end of the weekend I will have a finished hat and pattern.

Posted by Virginia Catherall at 2:12 PM No comments:

Of course, I would fall in love with a luxury (read expensive) yarn and just have to have it for my Black Rock Hat. But the colors are perfect and the yarn is luscious. It’ll do. 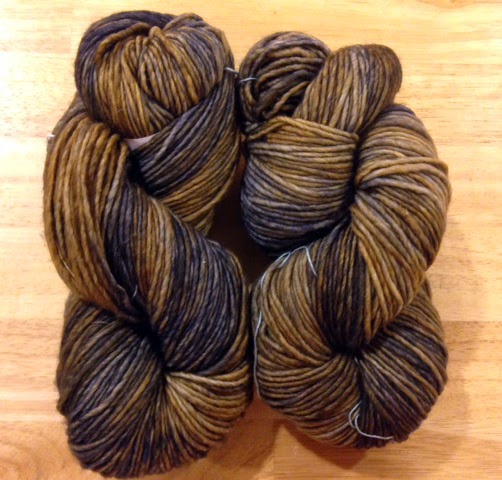 Posted by Virginia Catherall at 8:42 AM No comments: 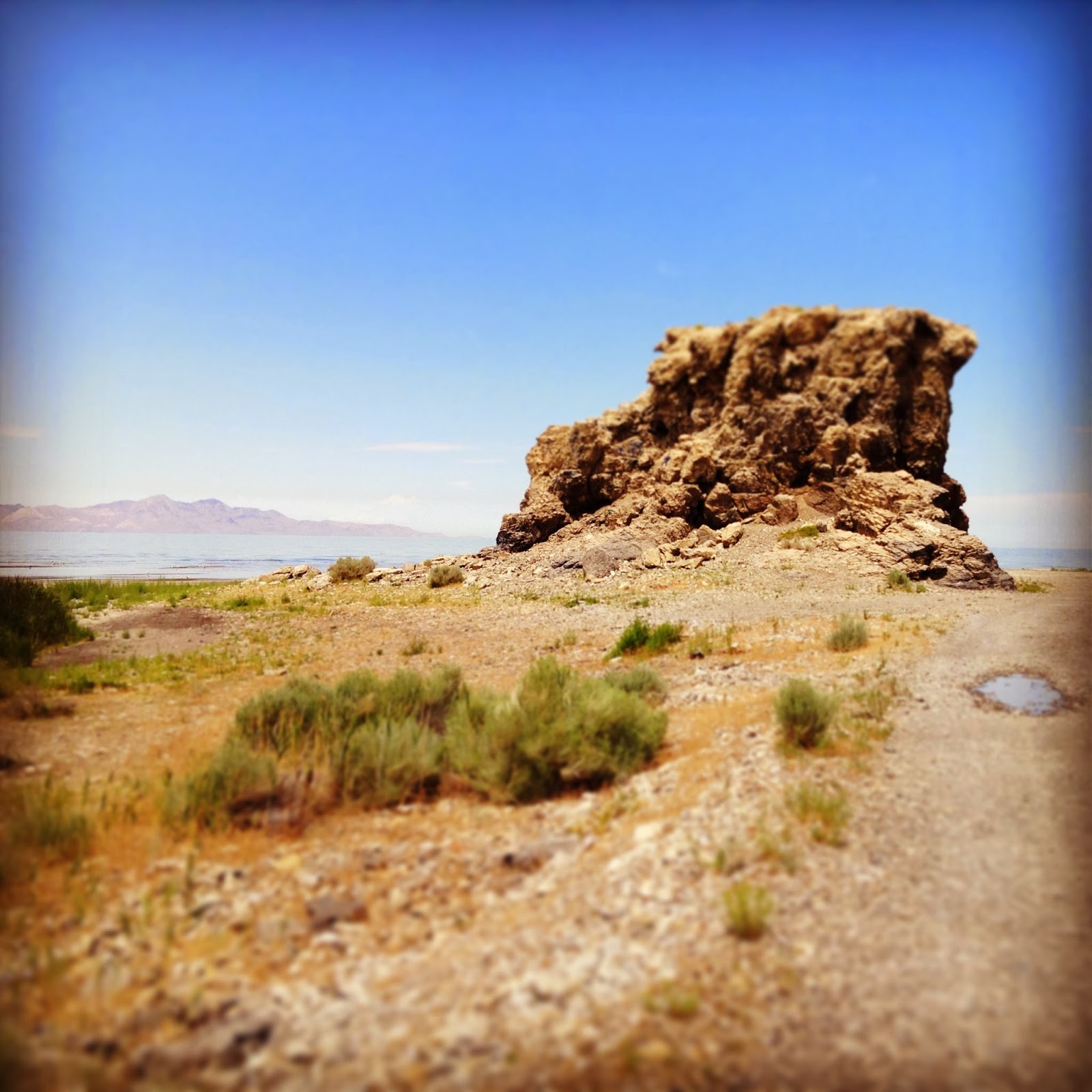 At my museum right now we have an exhibition of a 19th century painter, Alfred Lambourne, who painted the Great Salt Lake. He was so inspired by the lake that he homesteaded Gunnison Island and lived on that remote place for months. Lambourne was particularly interested in Black Rock, a rock on the south side of the lake that stands alone and is very identifiable. But, like many romantic painters, his vision of the landmark was fanciful and dramatic…as opposed to the reality.

I walk through this exhibition every day, swimming through images of Black Rock. I recently went to Black Rock as a weekend outing, just me and my sketchbook and camera. My vision of it was not so grandiose. The road out to it has fallen in disrepair and is more pothole than road. The rock itself is covered in graffiti and there is litter all over the ground. 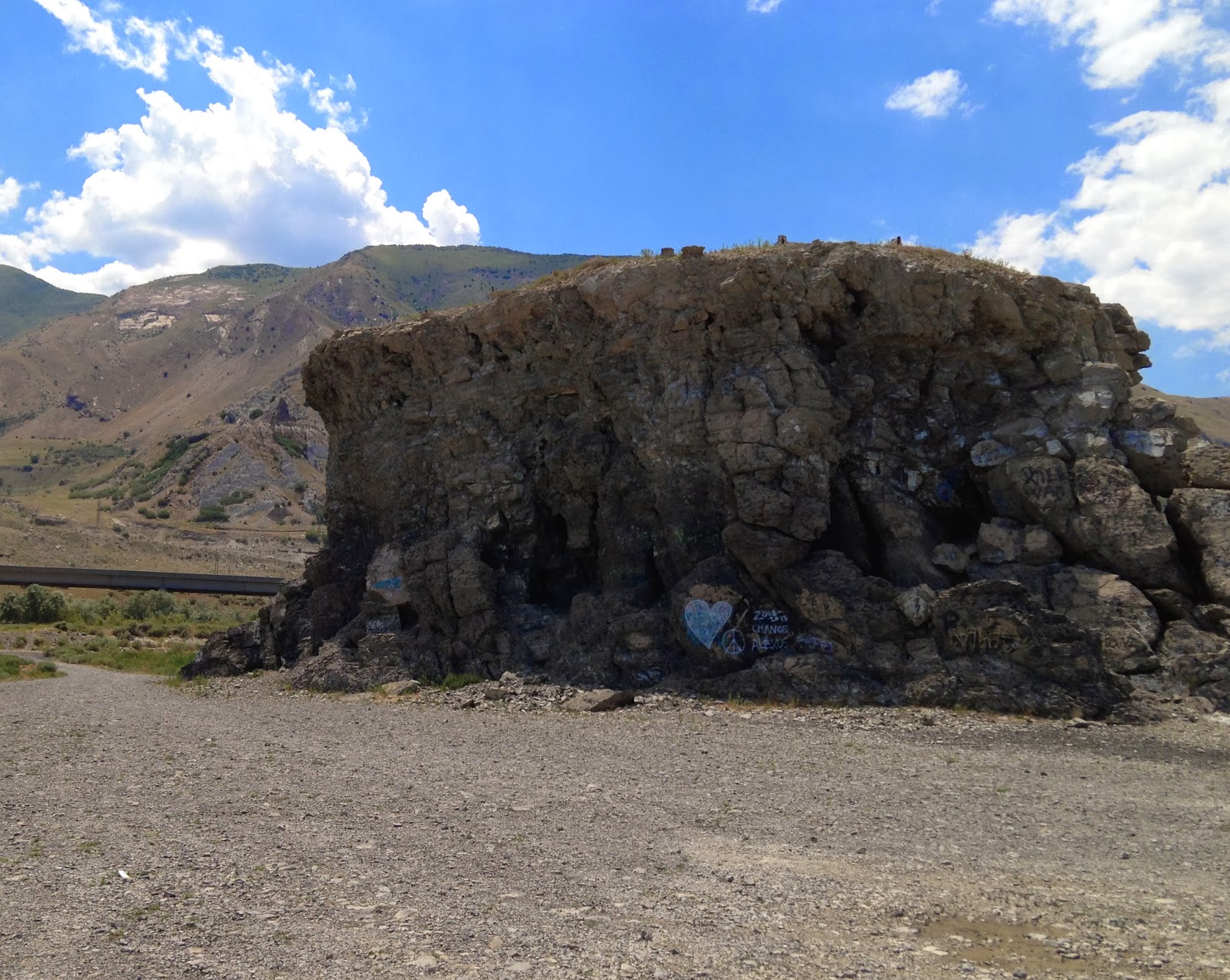 But it is still an iconic place; while I was there, a class from a local university was out taking water samples. Many were also sketching the rock. Historically, it was a place to go and have a picnic, swim in the lake, and generally enjoy the scenery. Which, I guess it still is, just with graffiti and litter.

With all these Black Rocks in my vision, I would like to make something commemorating the landmark, graffiti and all. And because hats are on my mind from the last project, I think I will make a hat. I envision a fairly plain hat with a surprise embroidery of graffiti. I will see where my pattern takes me.
Posted by Virginia Catherall at 8:52 AM No comments: 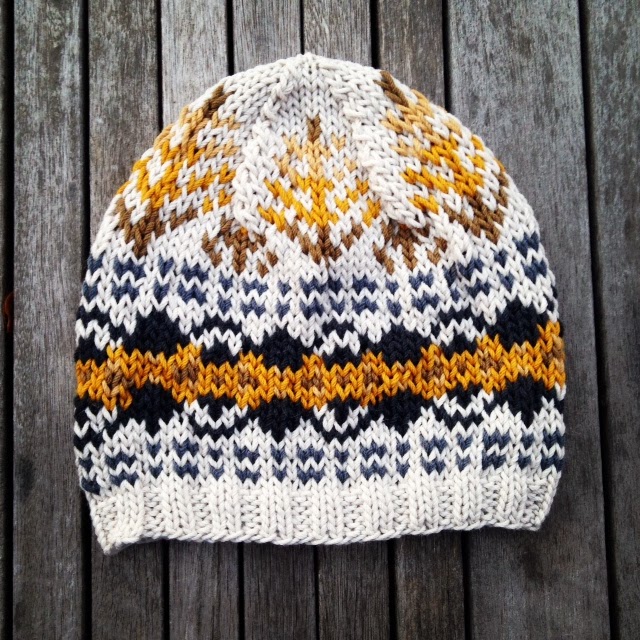 Quick alteration to the cowl pattern and lickity-split I have a hat pattern for Rozel Point. It turned out great and a big shout out to my friend, Ali, for modeling it for me. I like this so much and it is such a quick knit, I am toying with the possibility of making mittens out of the pattern. But I might wait just so I can get some other half-completed patterns off my WIP list first. 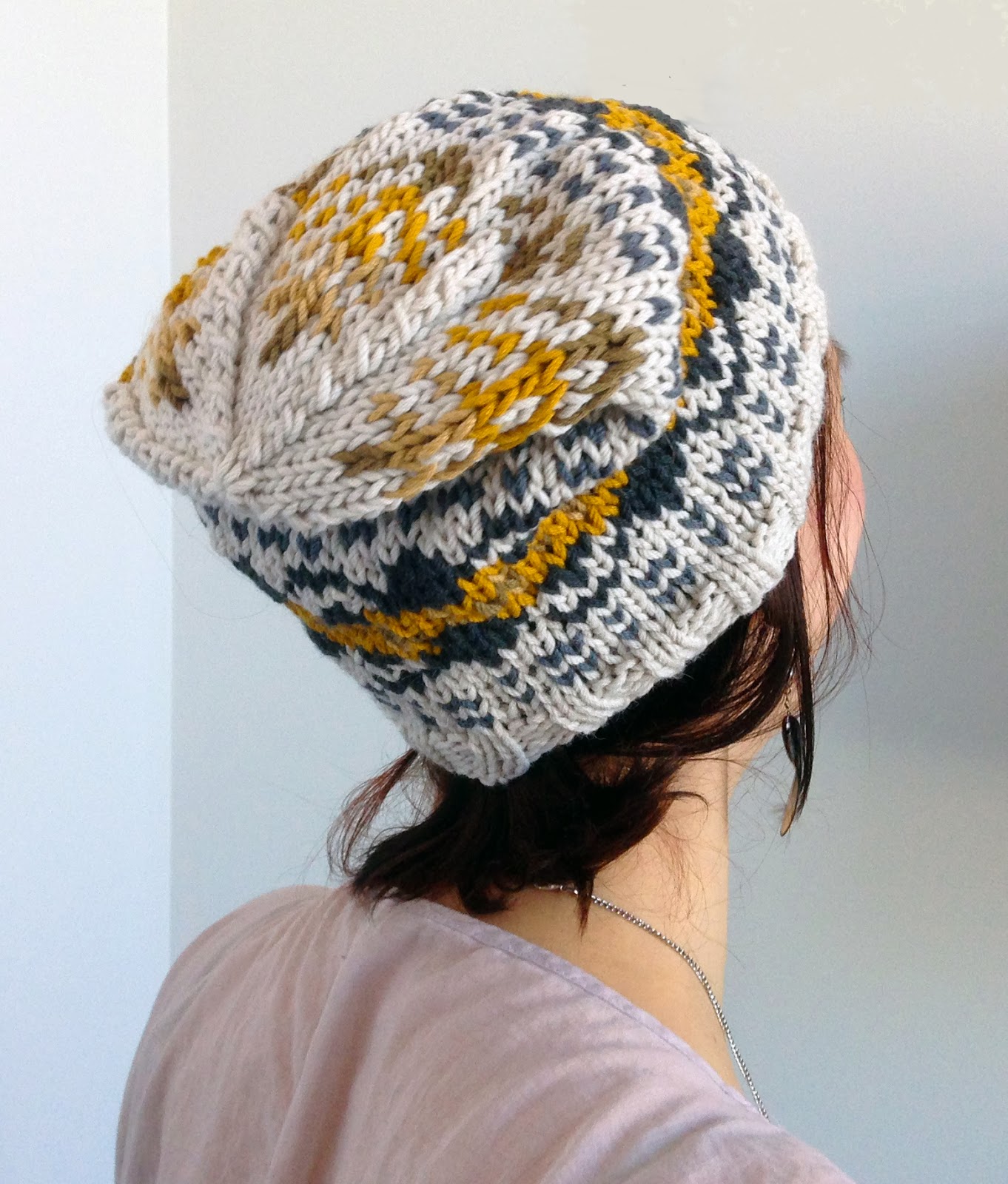 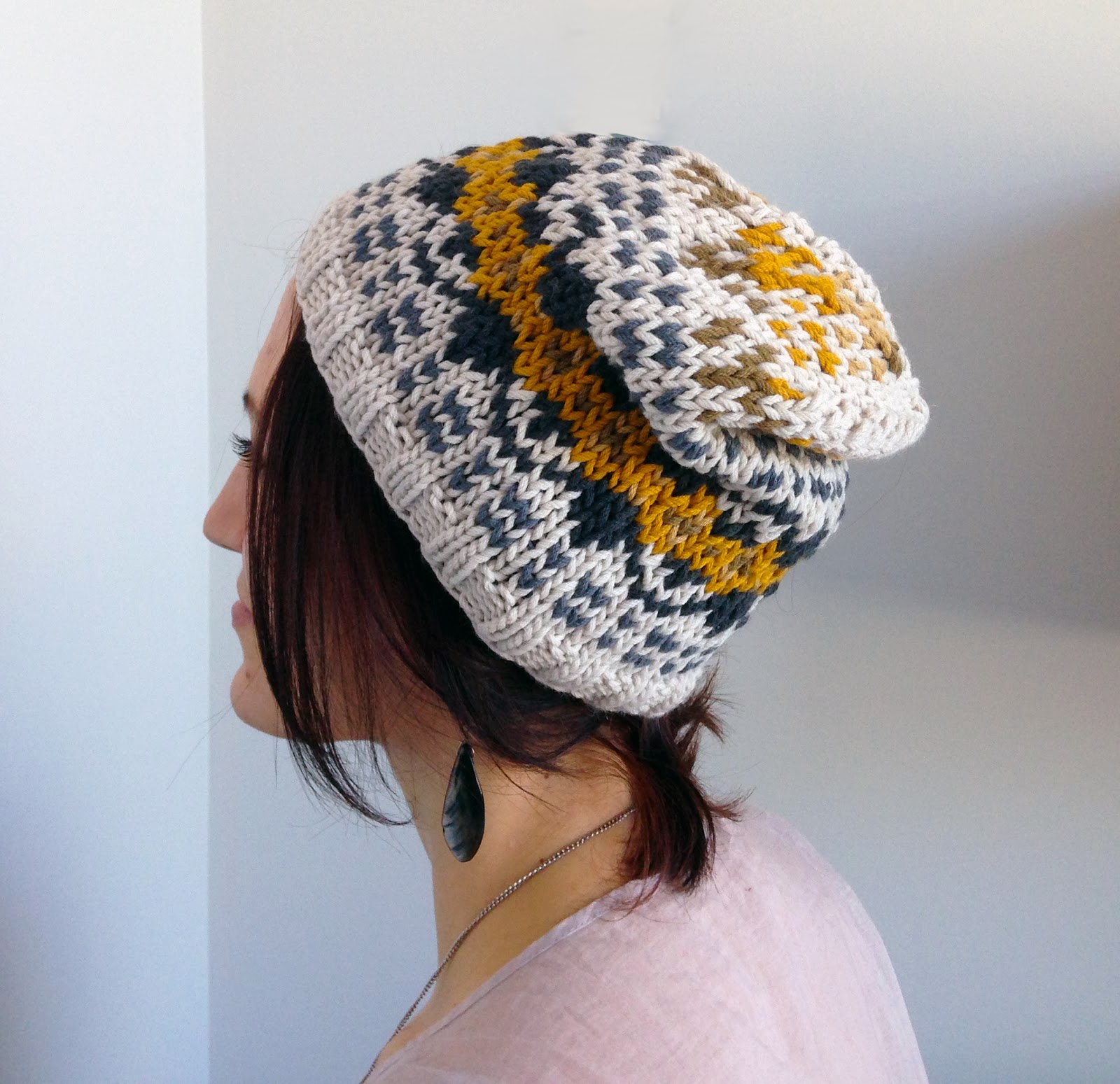