Another chance to see my knitting in an art show 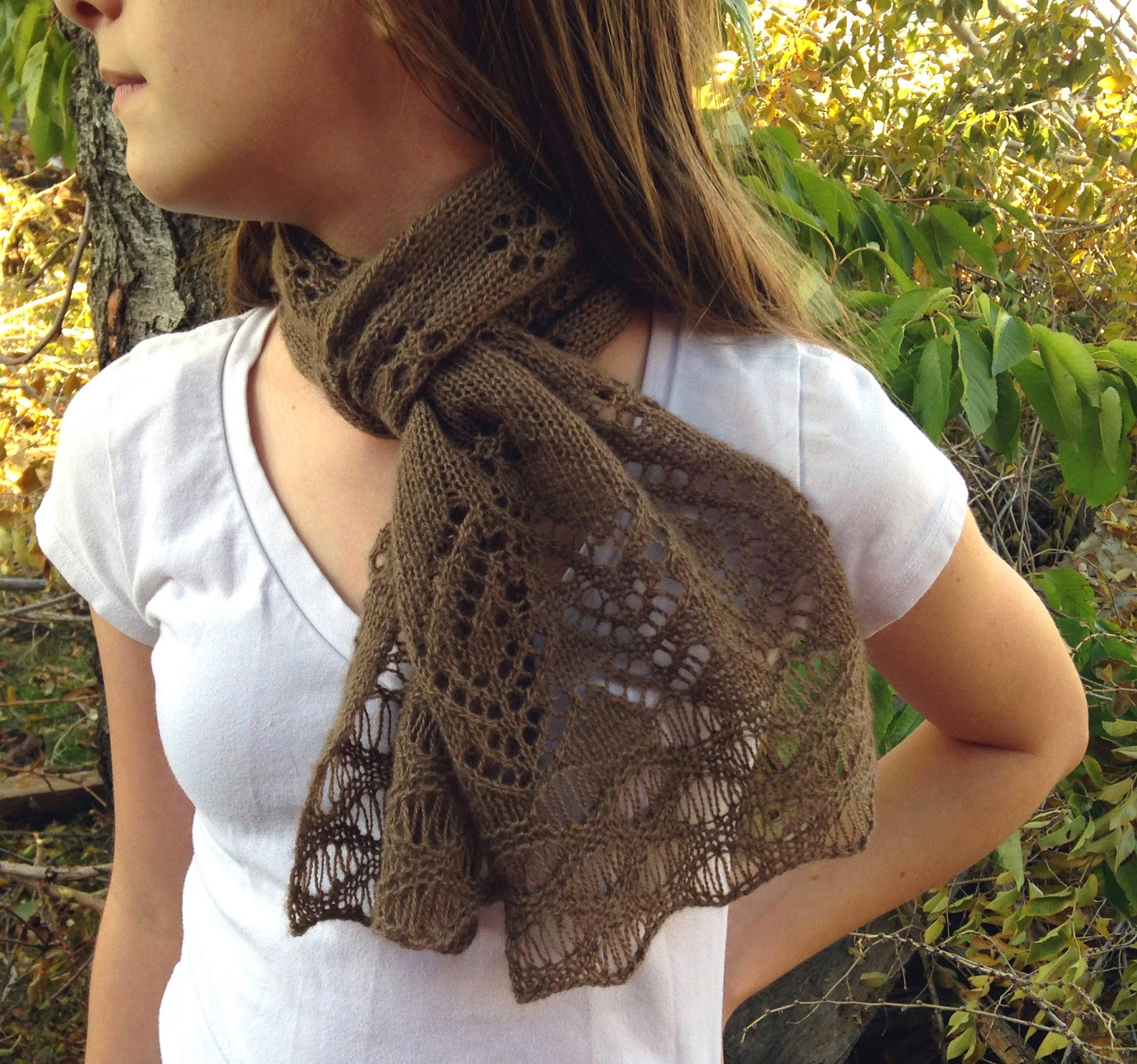 I am excited that they accepted a work of what is traditionally considered craft into the show so if you are in town on September 19th you can come to Alderwood Fine Arts for the opening. Or you can see it anytime through October 9. 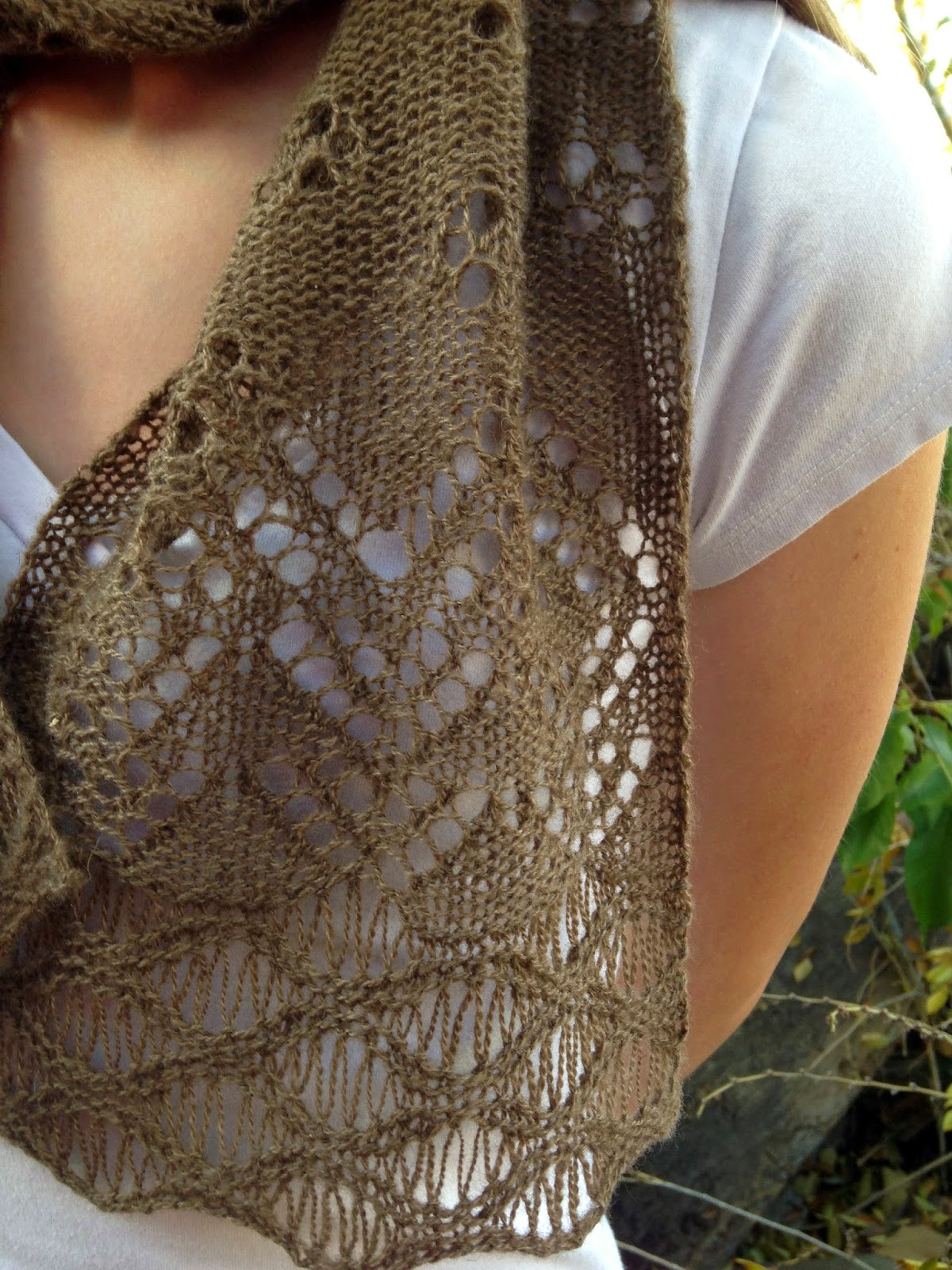 Here is more information from their press release:

In 2014, FRIENDS of Great Salt Lake established The Alfred Lambourne prize, an annual recognition and celebration of regional creativity inspired by our inland sea. FRIENDS invited creative work inspired by the Lake in the forms of visual arts, writing, sound, and dance.

On September 19, 2014, at Alderwood Fine Art, FRIENDS will award one prize of $1000 to a work that most speaks to the inspiration and wonder that our Lake evokes. Written and musical submittals will be read and performed from 6 - 7:30 pm. Visual arts submittals will be on display all evening and through October 9. The Prize will be awarded at 7:30 pm.
Posted by Virginia Catherall at 1:29 PM No comments: I submitted my Oquirrh Mountain Shrug pattern to the Knit Picks Independent Designer Program (IDP) last month and it went live today! I originally used Knit Picks’ Wool of the Andes Bulky Bare and dyed it with turmeric but the pattern can be used with any of their bulky yarns.

The IDP program is great because I can publish on their site without any conflict publishing it on Ravelry as well. Here is the link to the Knit Picks site.


http://www.knitpicks.com/patterns/Oquirrh_Mountain_Shrug__D12906220.html
Posted by Virginia Catherall at 8:32 AM No comments:

I know that statement is kind of a cliché but I can attest that every bit of it is true. My father passed away last Friday and I found myself knitting more than I thought possible. It became, and still is, a part of the healing process for me. 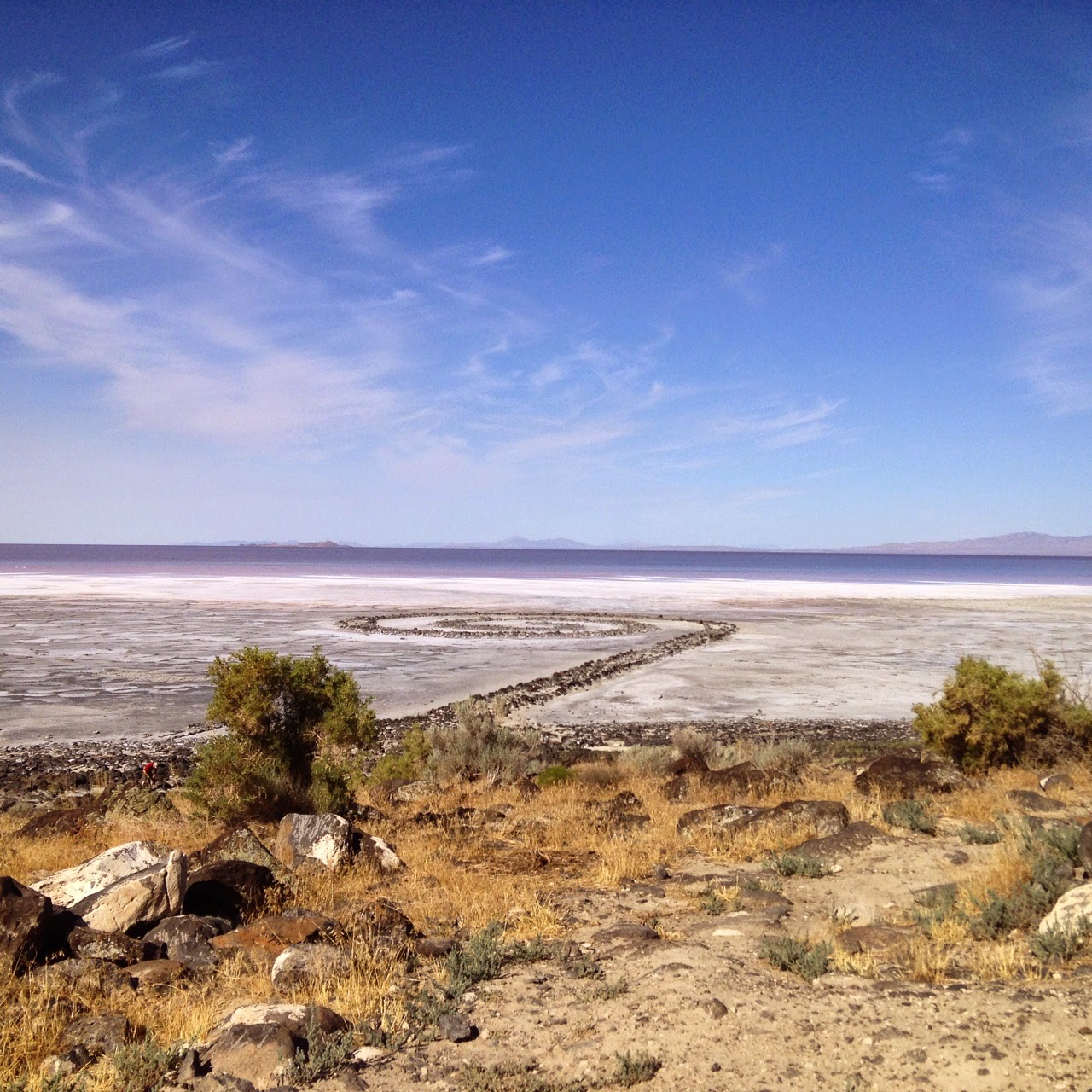 Last week started out normal enough. I spent that Saturday giving a family day at the Spiral Jetty, the amazing Land art by Robert Smithson in Great Salt Lake. My museum is a steward of the Jetty along with Great Salt Lake Institute at Westminster and we had a day of art and science with families. It was fun and educational. With the GSLI I discovered a rare salt crystal called a hopper crystal. It is a type of hollow squared crystal shaped like a hopper. 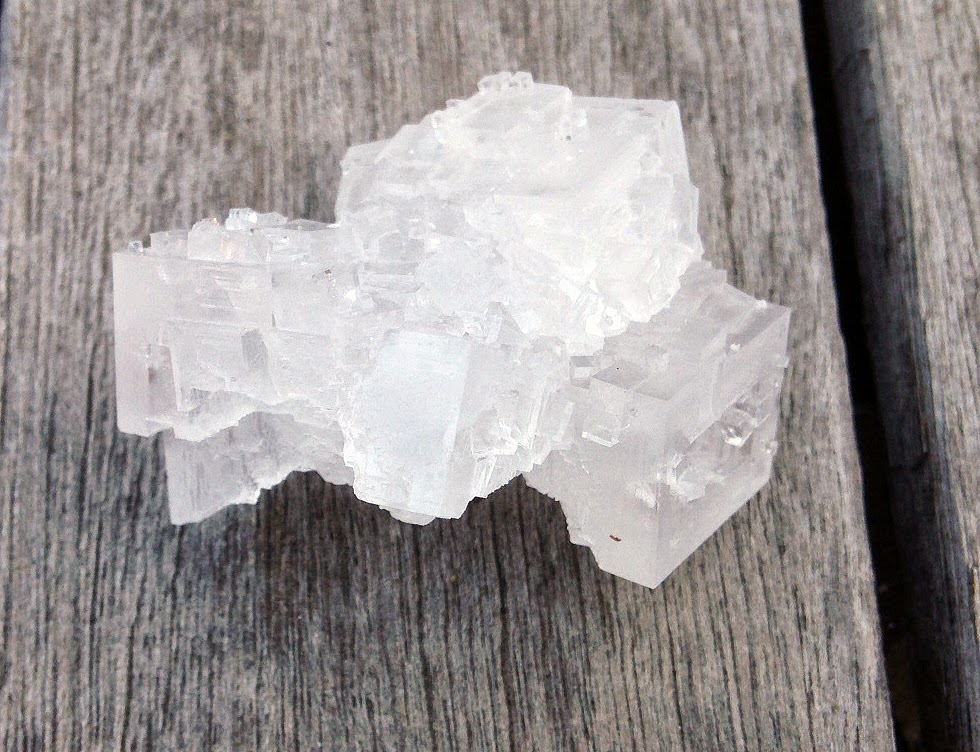 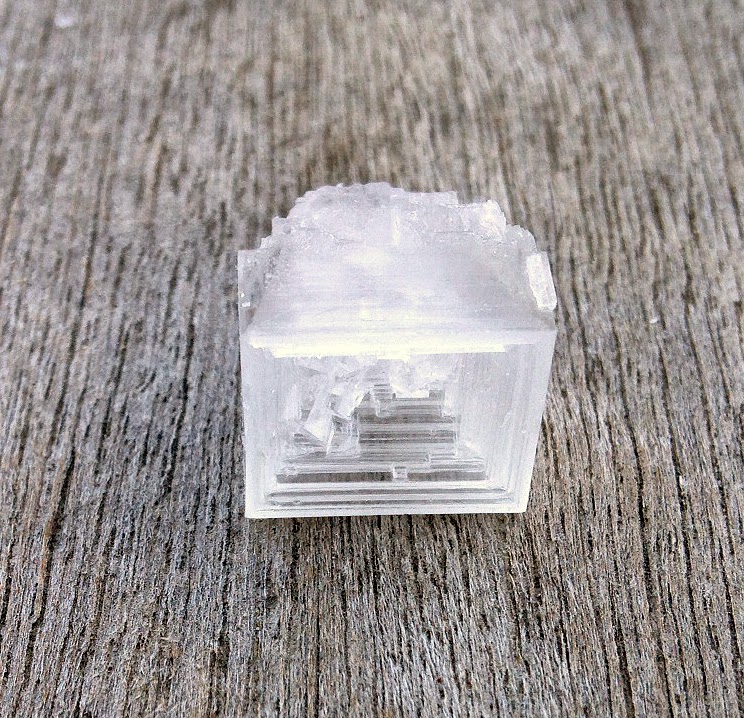 They form at the edge of the rapidly evaporating salt water when the edges of the crystal grow faster than the center leaving it hollowed out. You have to pull them out of the lakebed like teeth. I was so impressed with the crystals because they are incredibly fragile and beautiful. I knew then that I would be making something inspired by them.

So, I spent Sunday drafting a pattern and knitting a swatch for a pillow with concentric squares. I thought it was a funny oxymoron, a crystal pillow. My plan was to take this project to work and have it be my lunchtime knitting project for the next couple months. It would be easy to talk and knit it at the same time and it is connected to my work in a way. 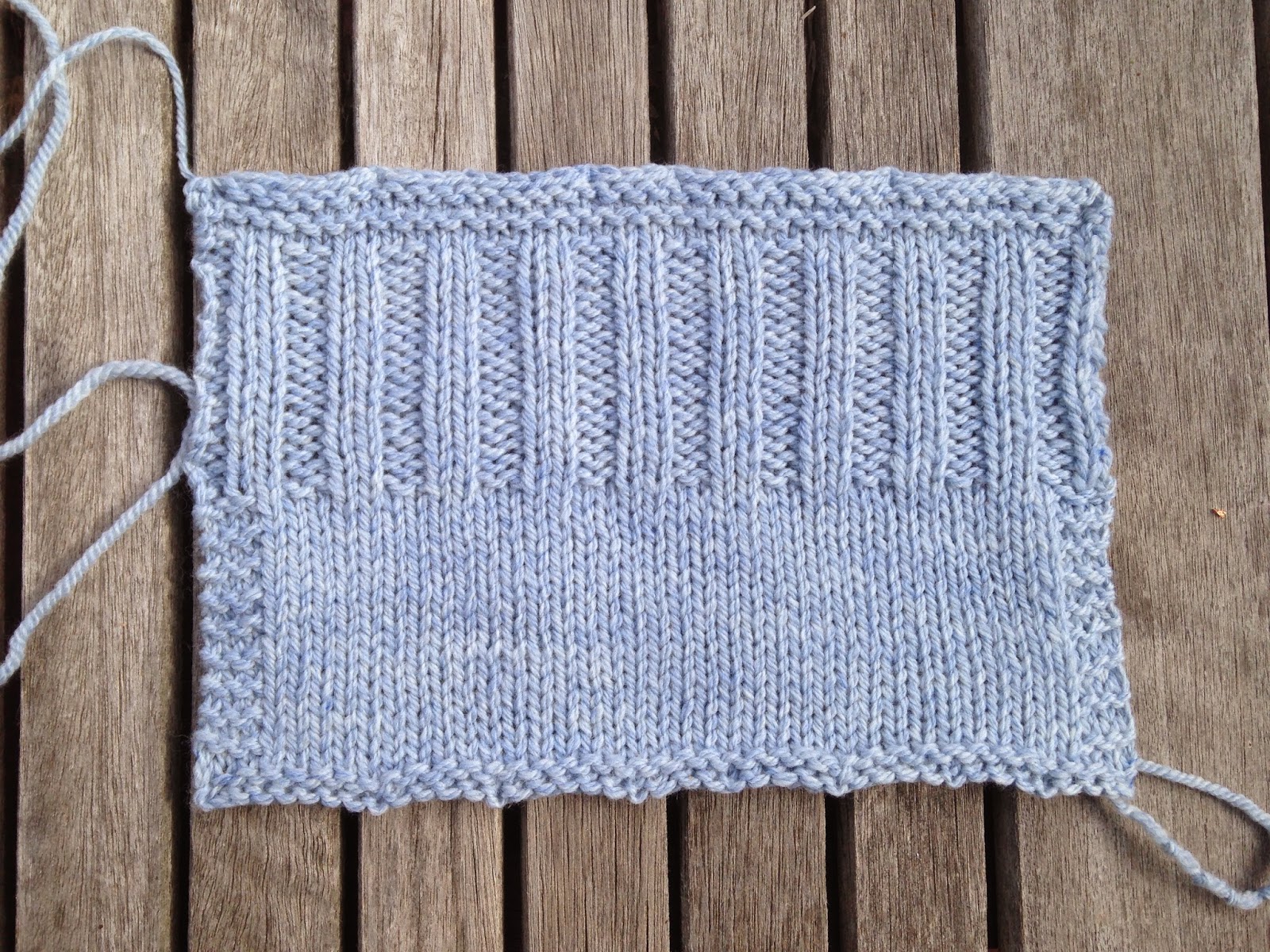 So I took the new pattern and yarn and needles to work waiting for our knitting club at lunch. But, on Tuesday I got the call that my dad had had a stroke and it was pretty bad. I rushed to the hospital with what I had at work, my purse and my knitting.

Throughout the next four days of interminable waiting for operations and tests and news, I knit and knit and knit. Square after square. Knit, knit, purl, purl, endlessly on. By the time I was done with the front, my dad was in a coma and on life support. By the time I had finished one side of the back, we had taken him off life support and watched him pass away.

The final back panel, blocking, and seaming took place amid endless phone calls, funeral plans, and frantic hunts for passwords and unpaid bills. When the stress and chaos got too much for me I had my knitting to retreat to. 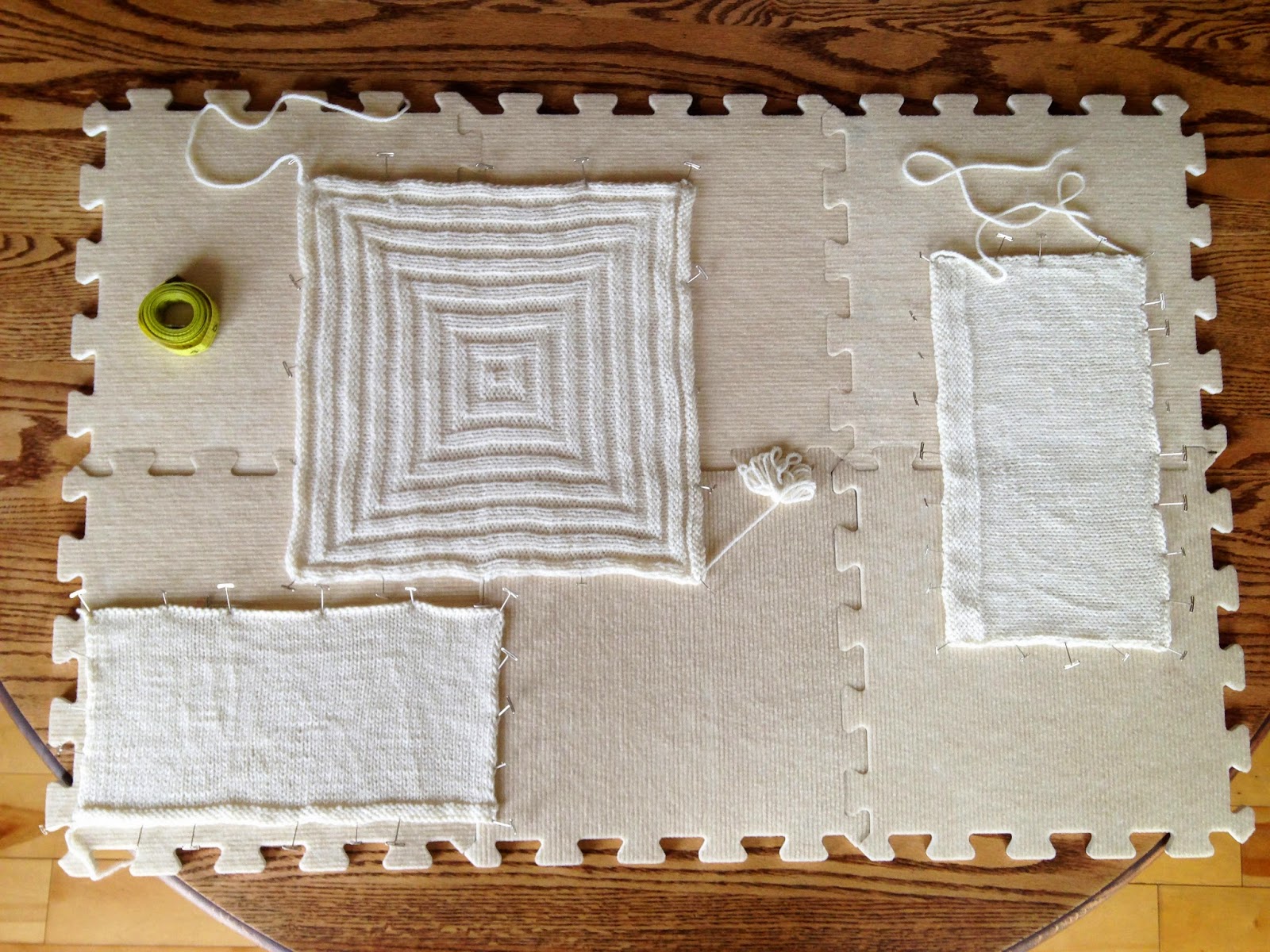 The end result is a sort of metaphor for the grief of the last week. An oxymoron of a crystal pillow patterned after a hollow crystal shell, an image of endless squares giving the illusion of infinity.

So, in honor of my dad, the funniest, most optimistic man that meant so much to me, I am publishing this Hopper Crystal Pillow pattern. I don’t think I will ever make another one, there is too much pain memory knitted into the pattern for me. But I hope others enjoy it, it really was therapy for me. 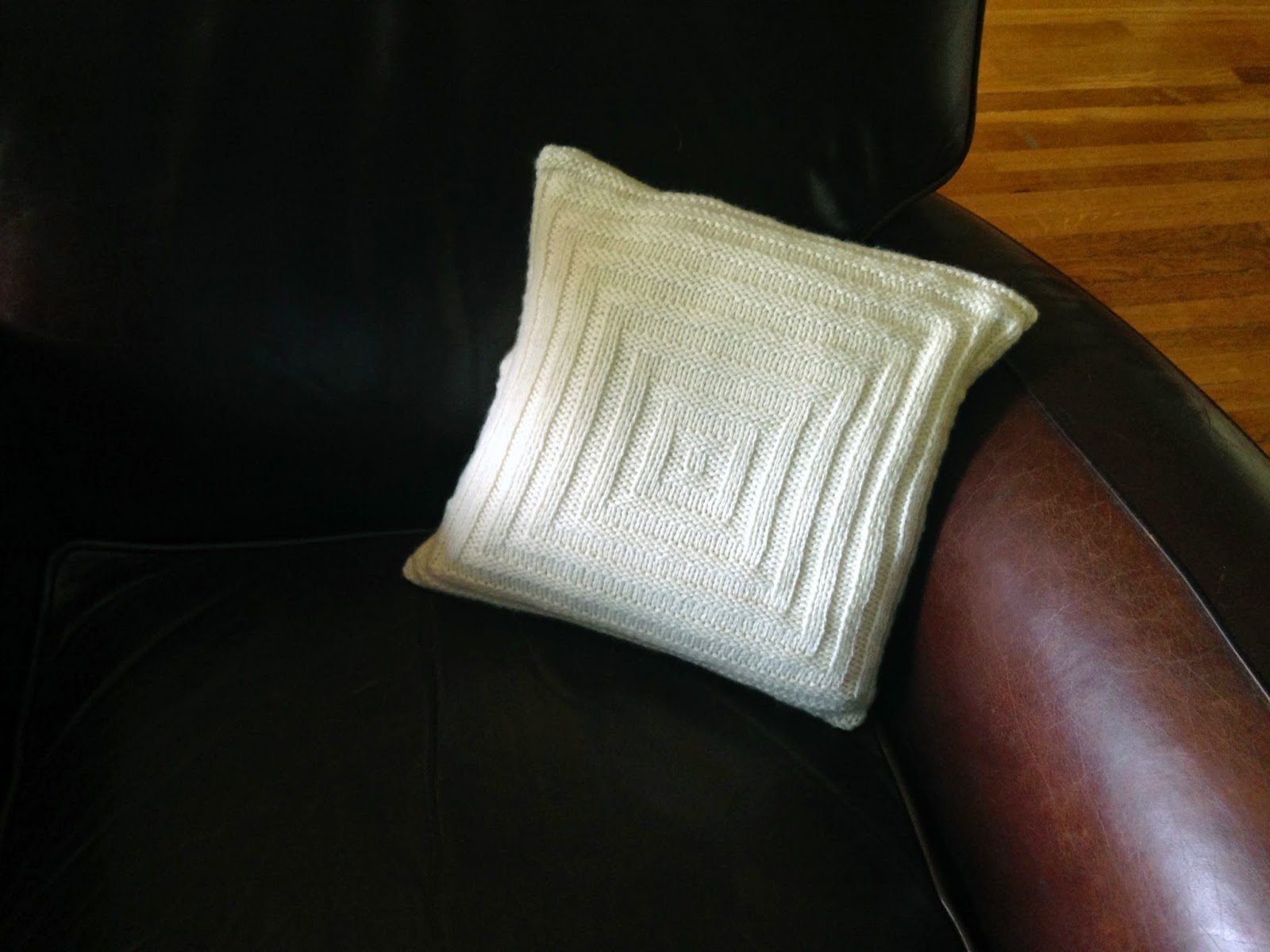 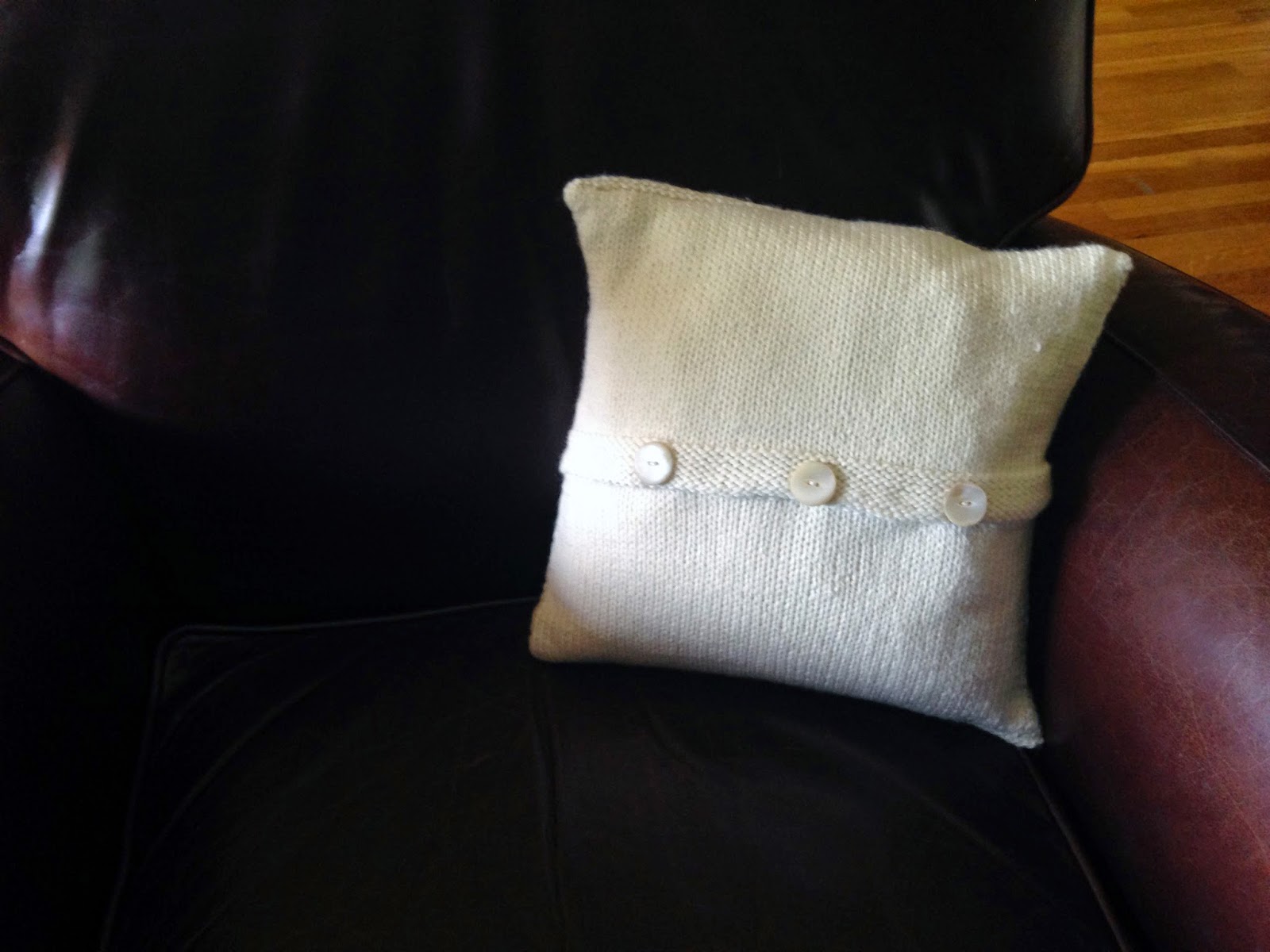