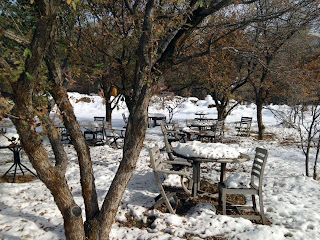 While I am on the subject of historic trees, I went to Red Butte Garden at the U of U campus the other day for a meeting with other museum educators. While there, I serendipitously learned about Cottam’s Grove and I was intrigued by it’s history.

In 1954, Dr. Eugene Cottam and graduate student Rudy Drobnick discovered a hybrid oak in the Oquirrh Mountains south of the Great Salt Lake. After years of research, the two scientists hybridized many species of oaks and planted them in Cottam’s Grove in Red Butte Garden near the University of Utah. These oaks are known for their large acorns. 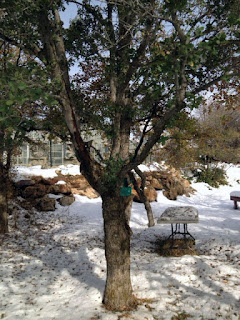 I wish I would have learned about this a week or so ago to take pictures during the beautiful fall colors. But the big storm just hit and covered everything so all my pictures are snowy. I still managed to gather some leaves and acorns from the hybrid oaks though. 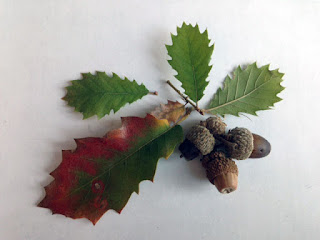 Over the years I have developed a little newborn acorn hat that I have been knitting and giving to everyone I know (including my own babies). I have never written the pattern down but I have been inspired by Cottam’s beautiful grove to get it on paper. So stay tuned for a cute little Acorn Hat pattern. 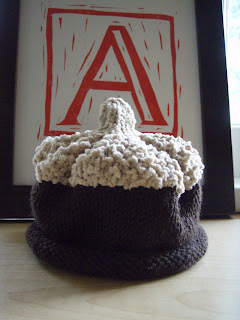 Posted by Virginia Catherall at 2:37 PM