So I have been wanting to make another piece of jewelry since I made the Halite Choker and the Salt Bracelet. They were fun to think about and knit up. 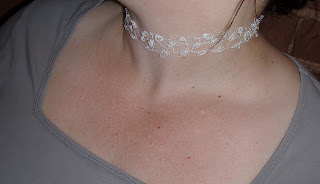 As I was contemplating what to do, I thought about this concept of salt with the other two pieces and became interested in how the salt crystals grow. Sodium Chloride (NaCl) or salt crystals are very rigid and structured but each salt crystal is shaped different as the crytals compound on one another. 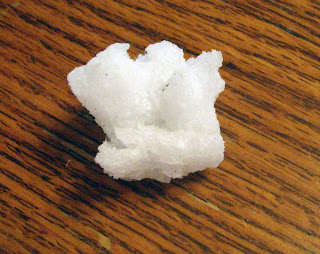 The idea of a randomly generated crystalline structure could be envisioned in a knitted design. The design would have to be conceptual, in that I would have to create a blueprint to follow but that each piece would ultimately end up slightly different. Just like salt crystals.

I began fiddling around with randomly generated lace designs using a six-sided dice to determine when to create knit 2 togethers and yarn overs. 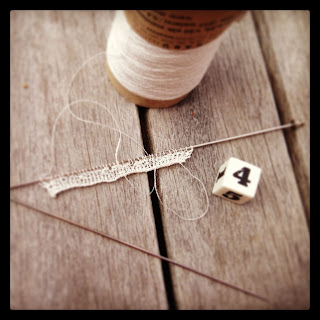 I think I am onto something. I will refine some of the details and write up a conceptual design to see where it goes.
Posted by Virginia Catherall at 7:58 PM