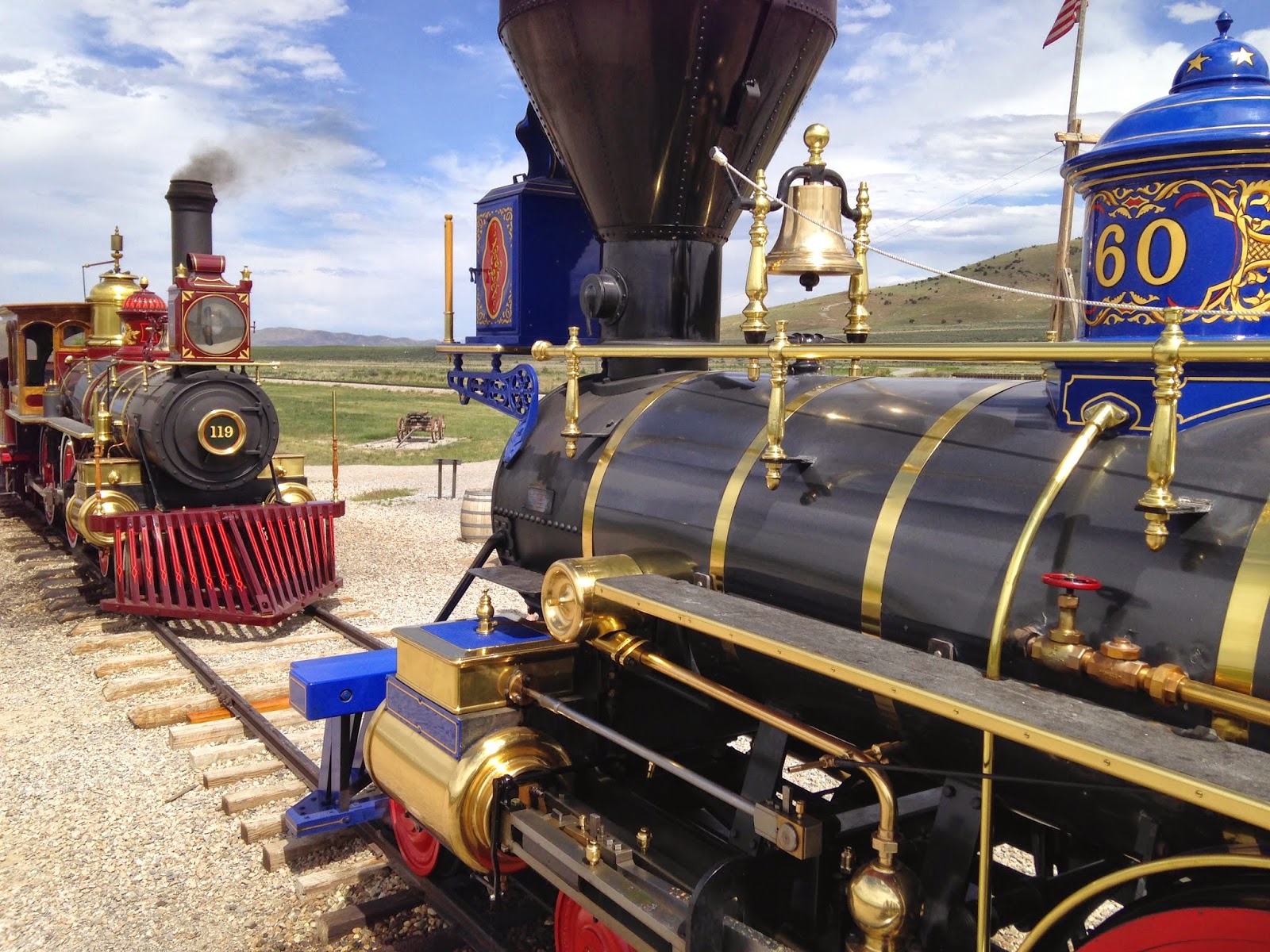 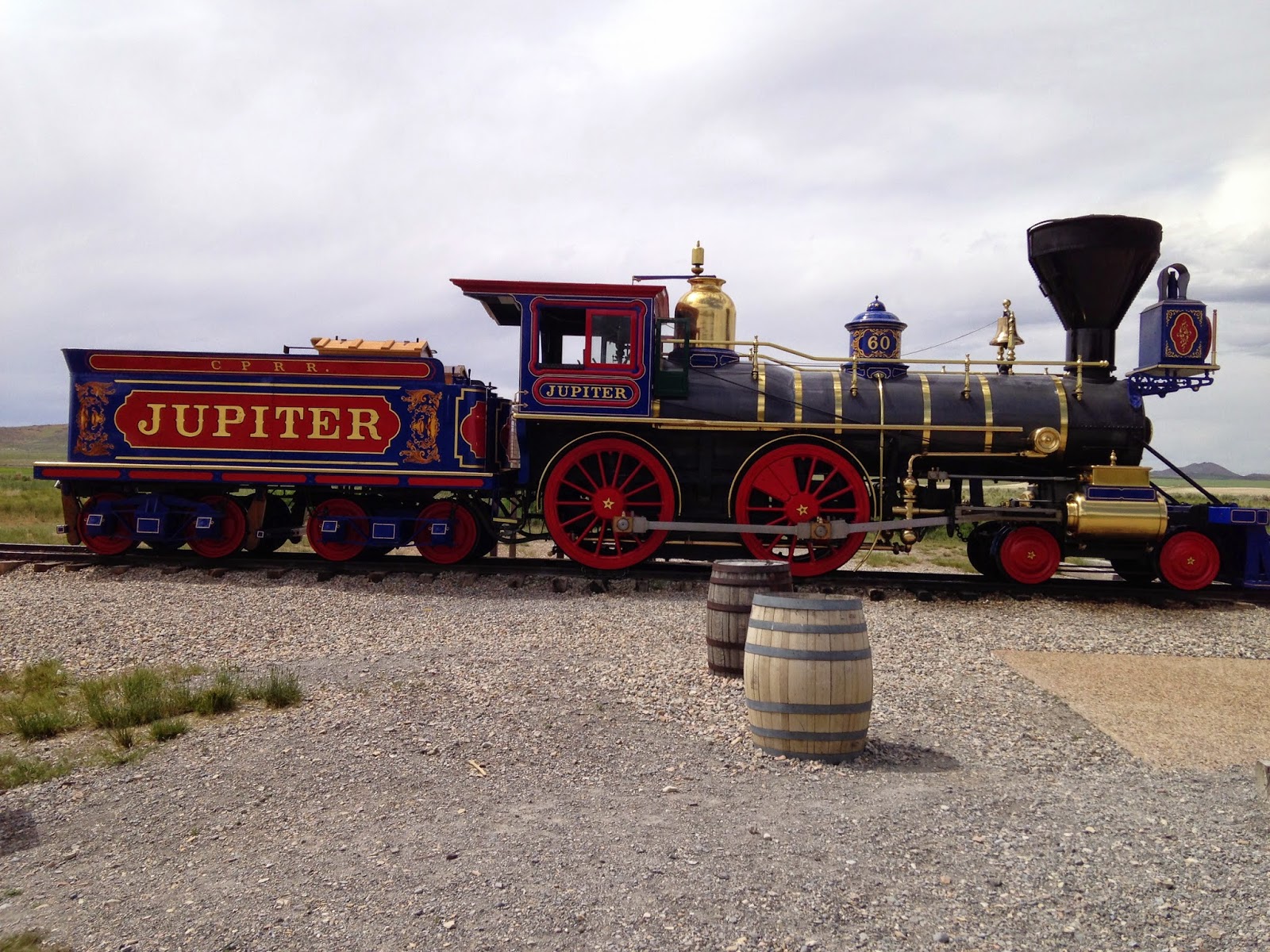 This year, I have visited Spiral Jetty no less than five times, which means that I have also visited the Golden Spike National Historic Site five times. Golden Spike is the last chance for a bathroom before driving out to Rozel Point so of course we have to stop. But beyond that, the historic site is really a destination in itself for the majority of the non-art-nerds from all over the world. It was at Promontory Point at the northern end of Great Salt Lake that the two railroads met in 1869 to complete the first transcontinental railroad in American history. 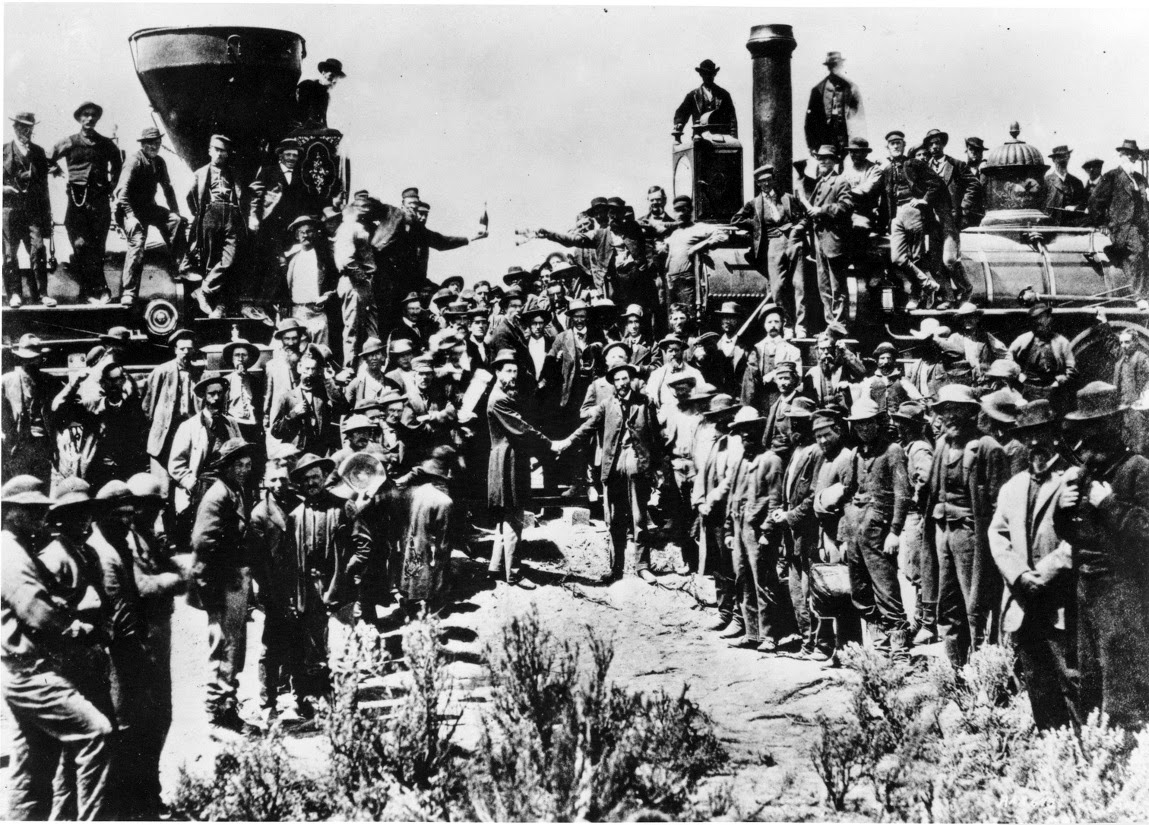 Apparently, there was a lotof pomp and circumstance around the event. With drunken officials, multiple spikes and some staged events for dramatic purposes. Today there are reproduction engines that perform (with live steam!) every Saturday. The shocking thing is that the real golden spike is not even at the visitor’s center. It is at Stanford University in California.

The Golden Spike visitor center apparently has a reproduction. 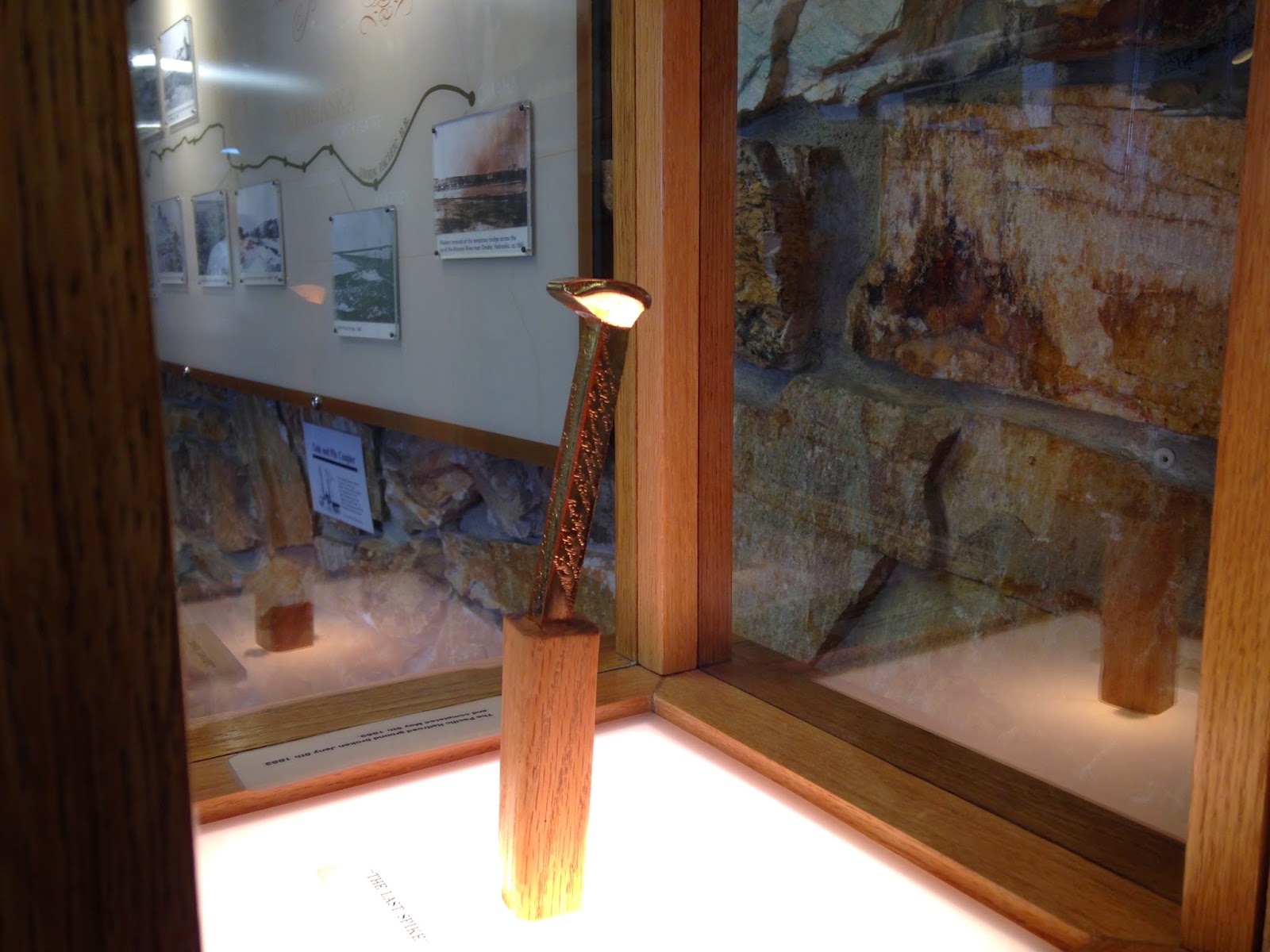 With all of my visits this year, I thought I would create some quick-to-knit socks that evoke the great colors of the railroad ties and the golden spike. The textures, colors, and even the little railroad heel all remind me of the crazy way humans like to commemorate important events, with precious metals and ceremony. 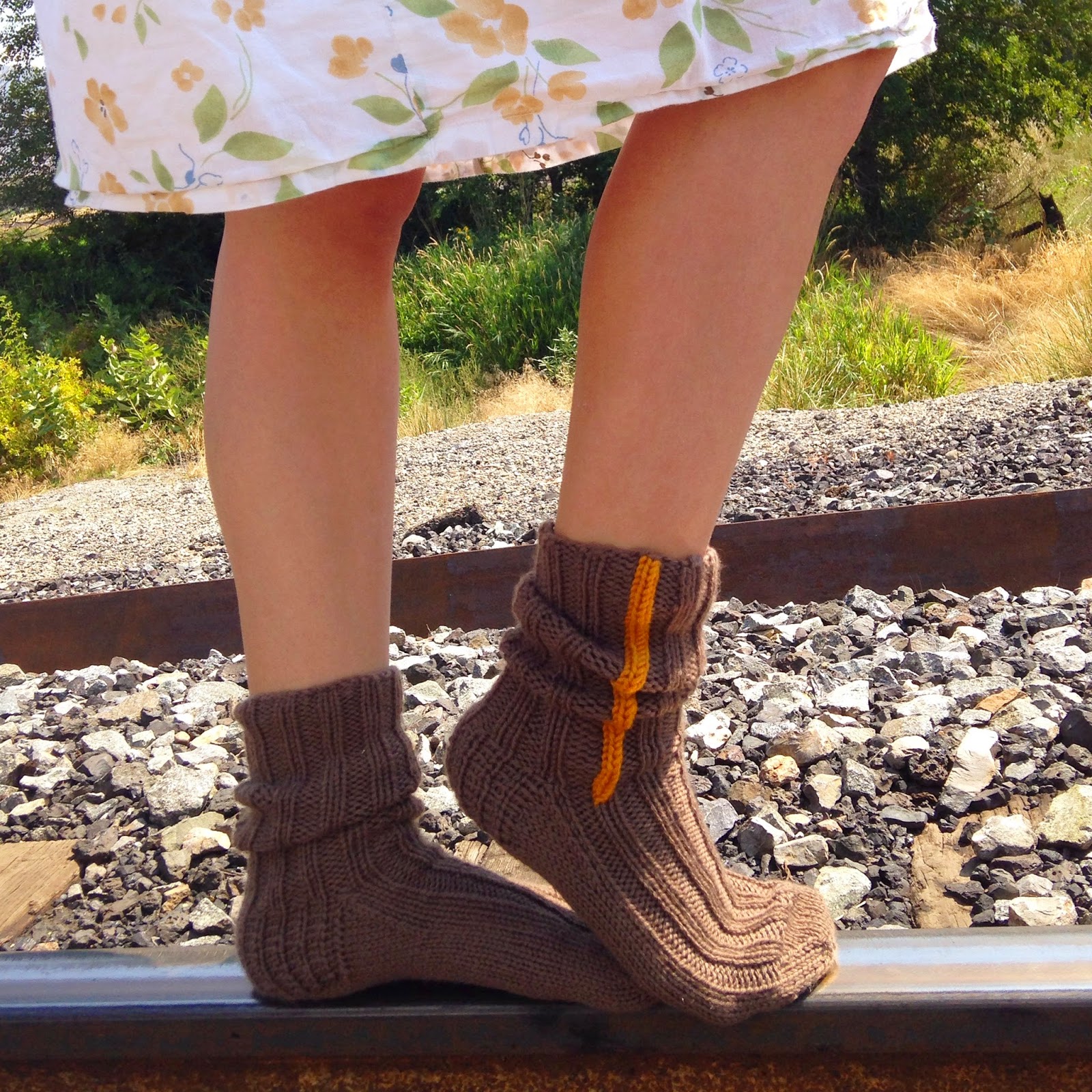 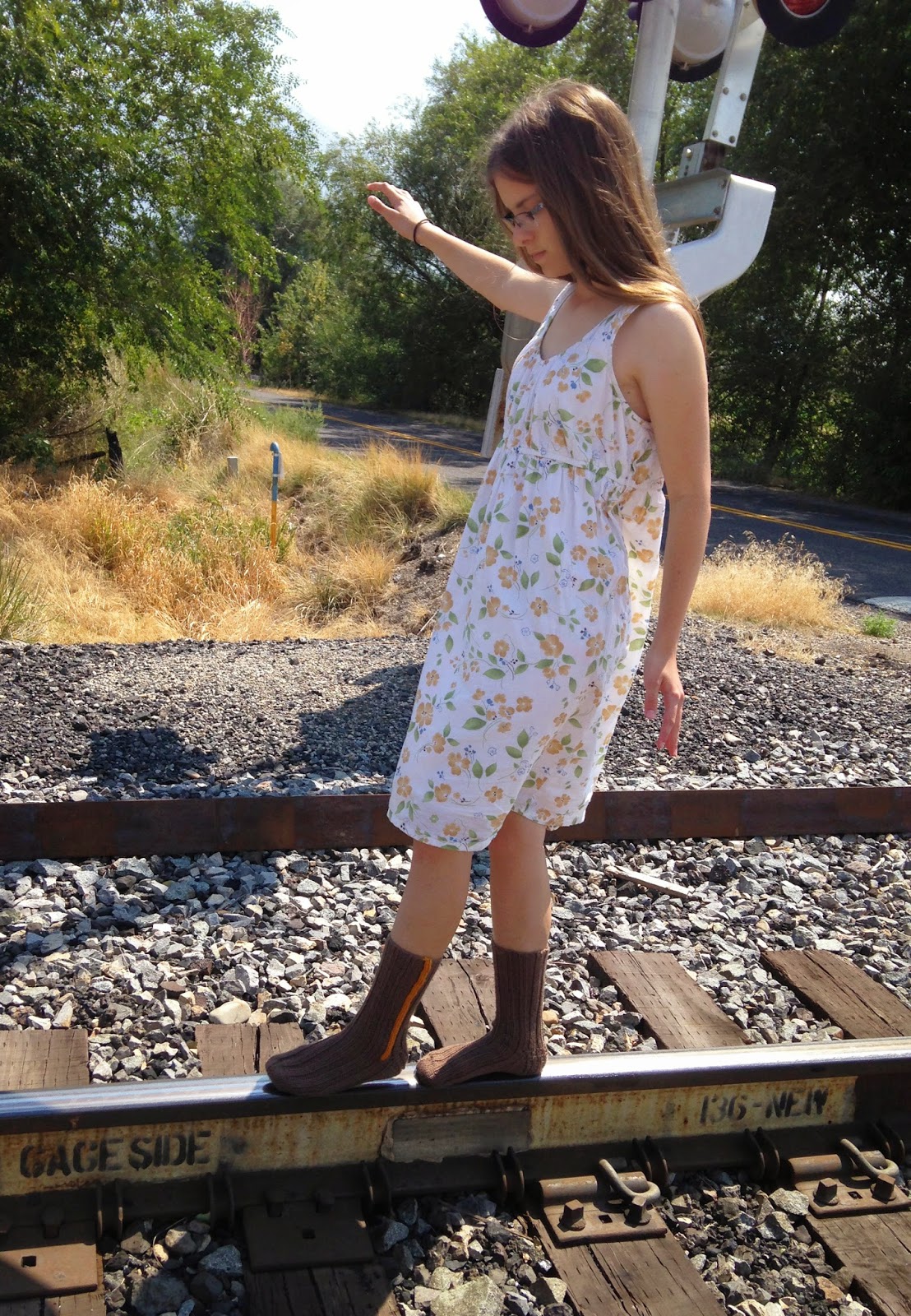 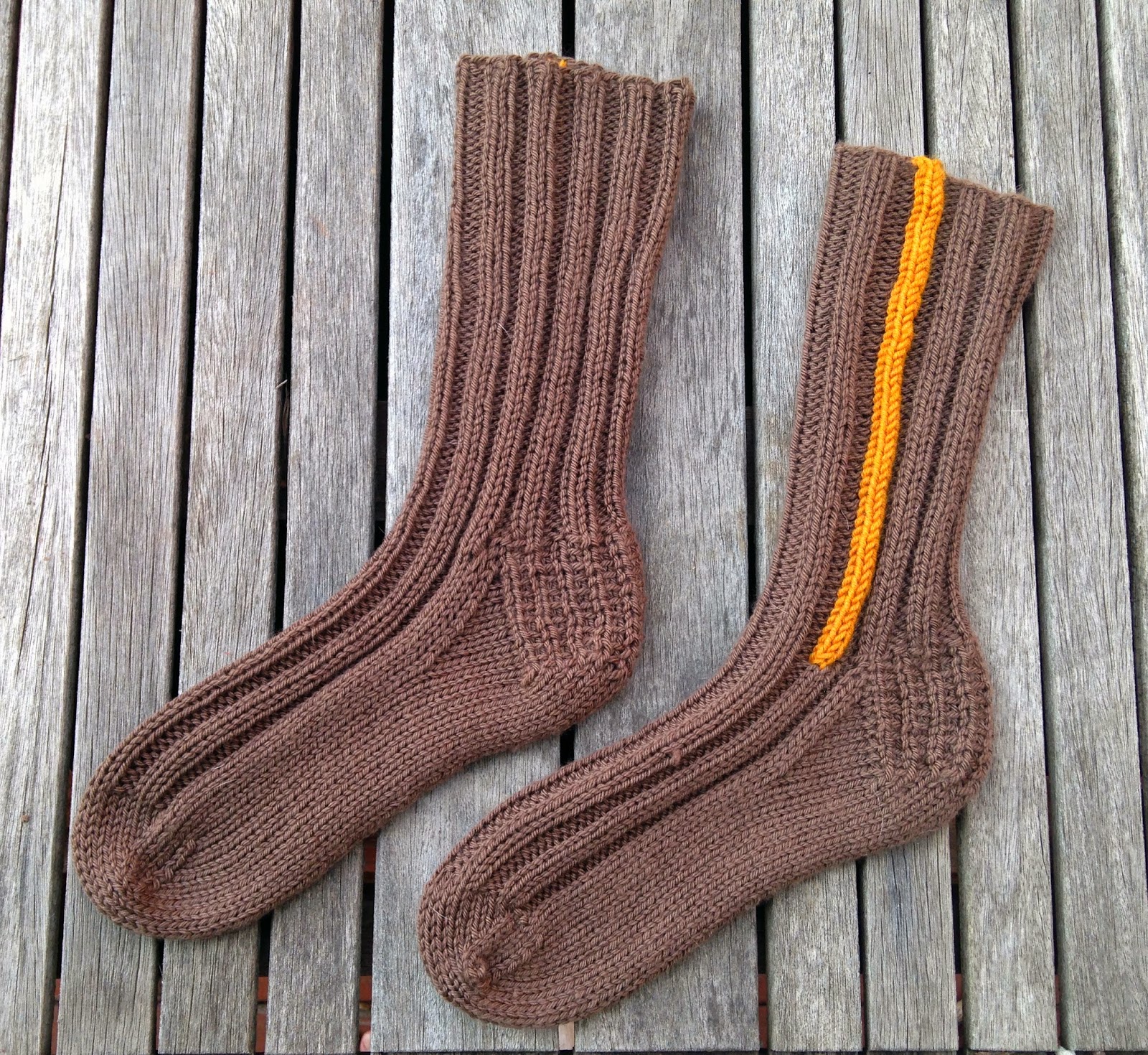 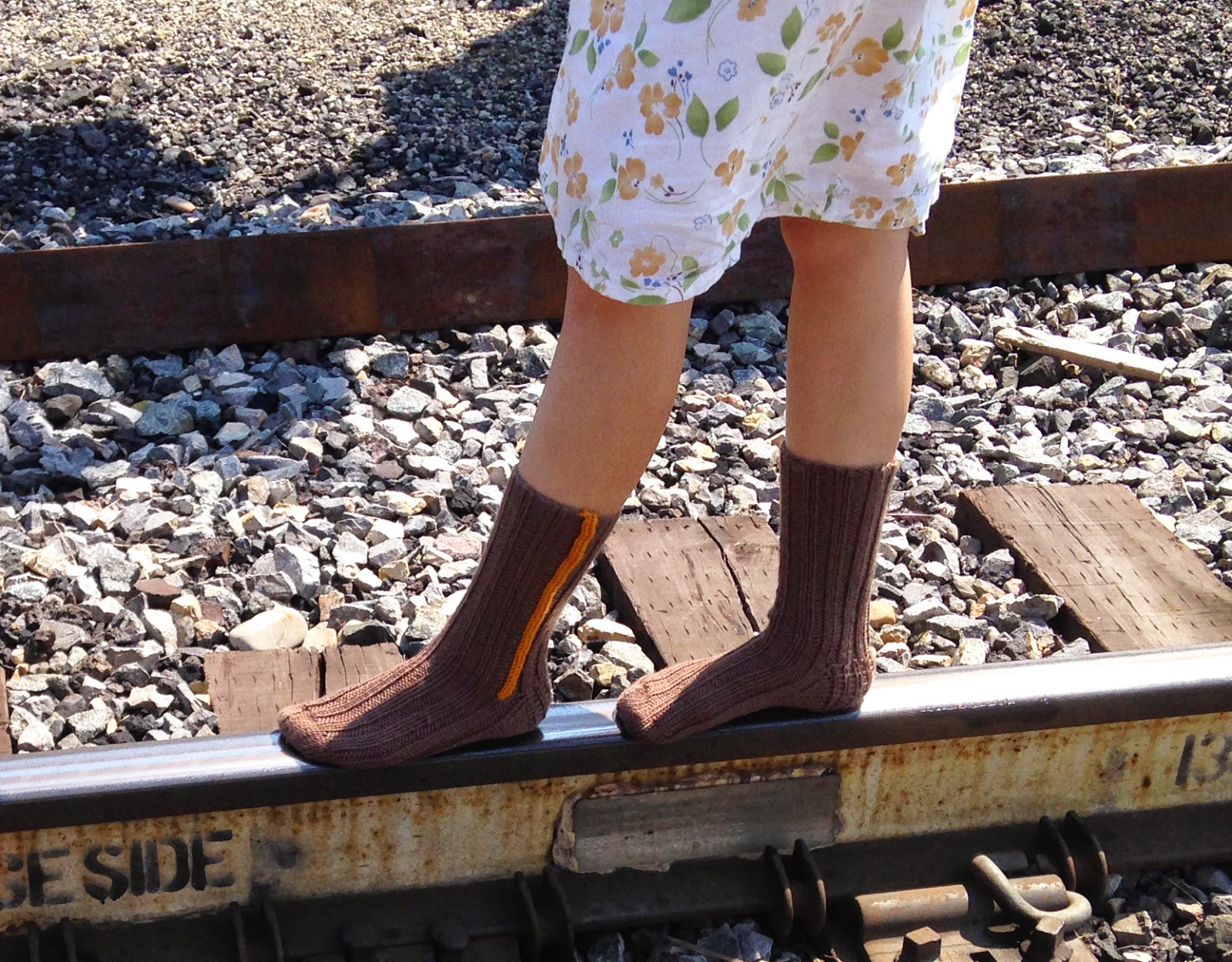 Posted by Virginia Catherall at 4:20 PM