I have been playing around with knitting construction lately; how to mold knitted fabric into a three-dimensional form through just the knit and purl stitch. I have been thinking a lot about this idea mainly because I am fascinated with salt crystals, how they grow and how to translate growing crystals into knitted forms. As you have noticed, Great Salt Lake has been on my mind a lot recently and the salt has captured my imagination. The growing salt flats from the receding lake are both beautiful and terrible. 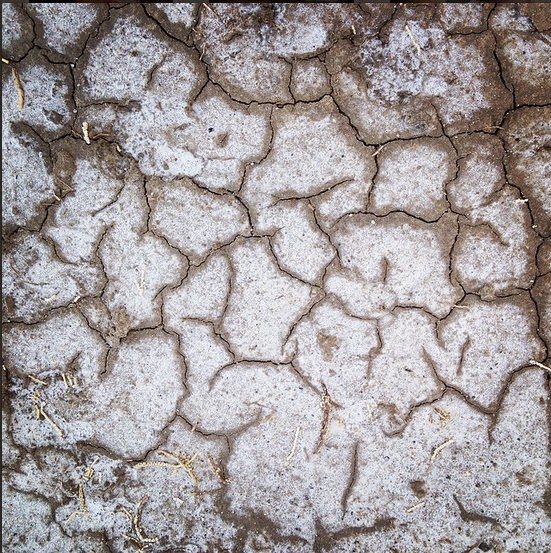 Part of my fascination began when last year my museum showed a work by CLUI (Center for Land Use Interpretation) called Great Salt Lake Landscan. It was an amazing and beautiful high-definition video commissioned by the UMFA. The video was shot in a helicopter and showed the outskirts of the lake along with the industry that harvests salt from evaporations ponds. 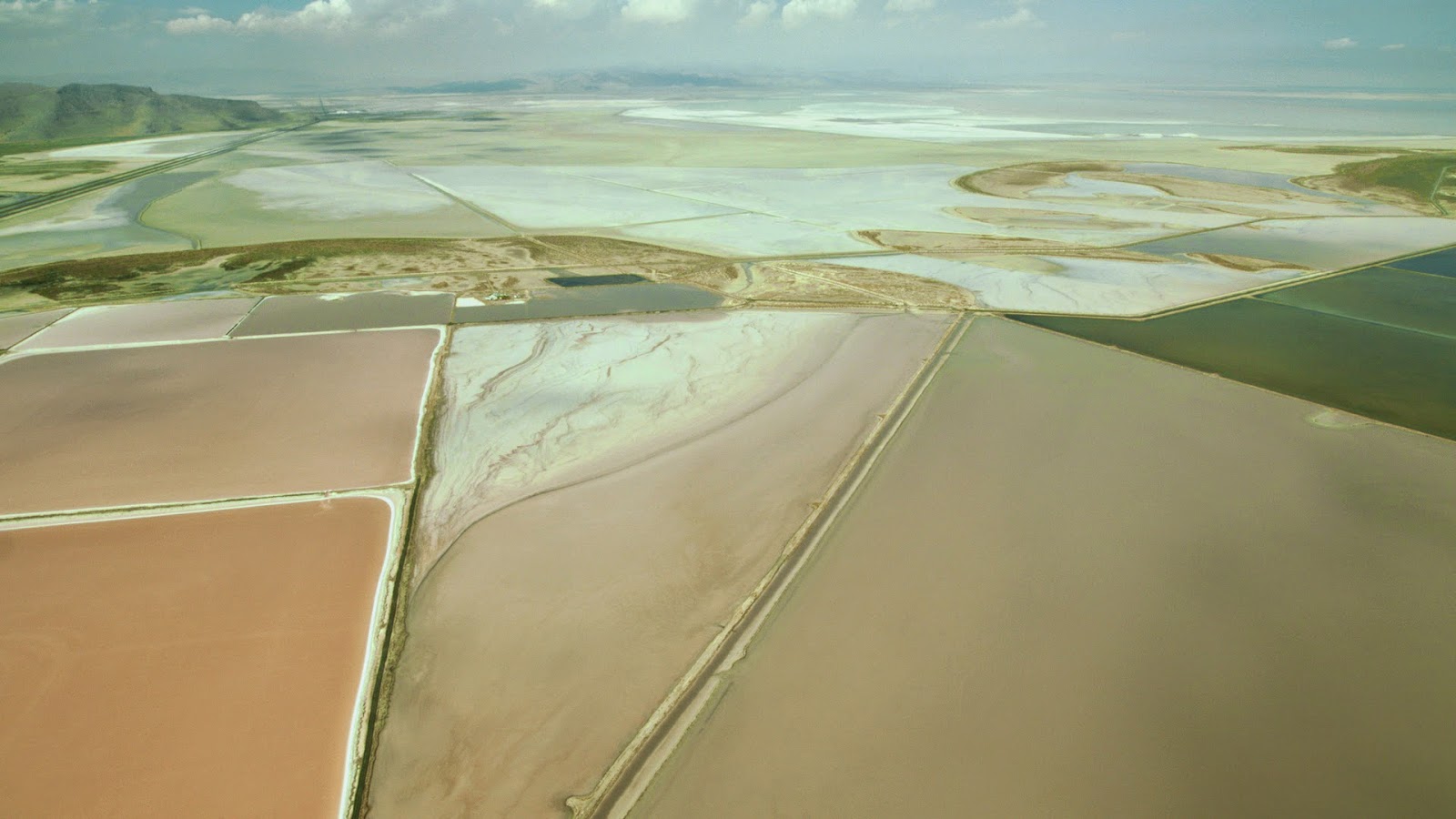 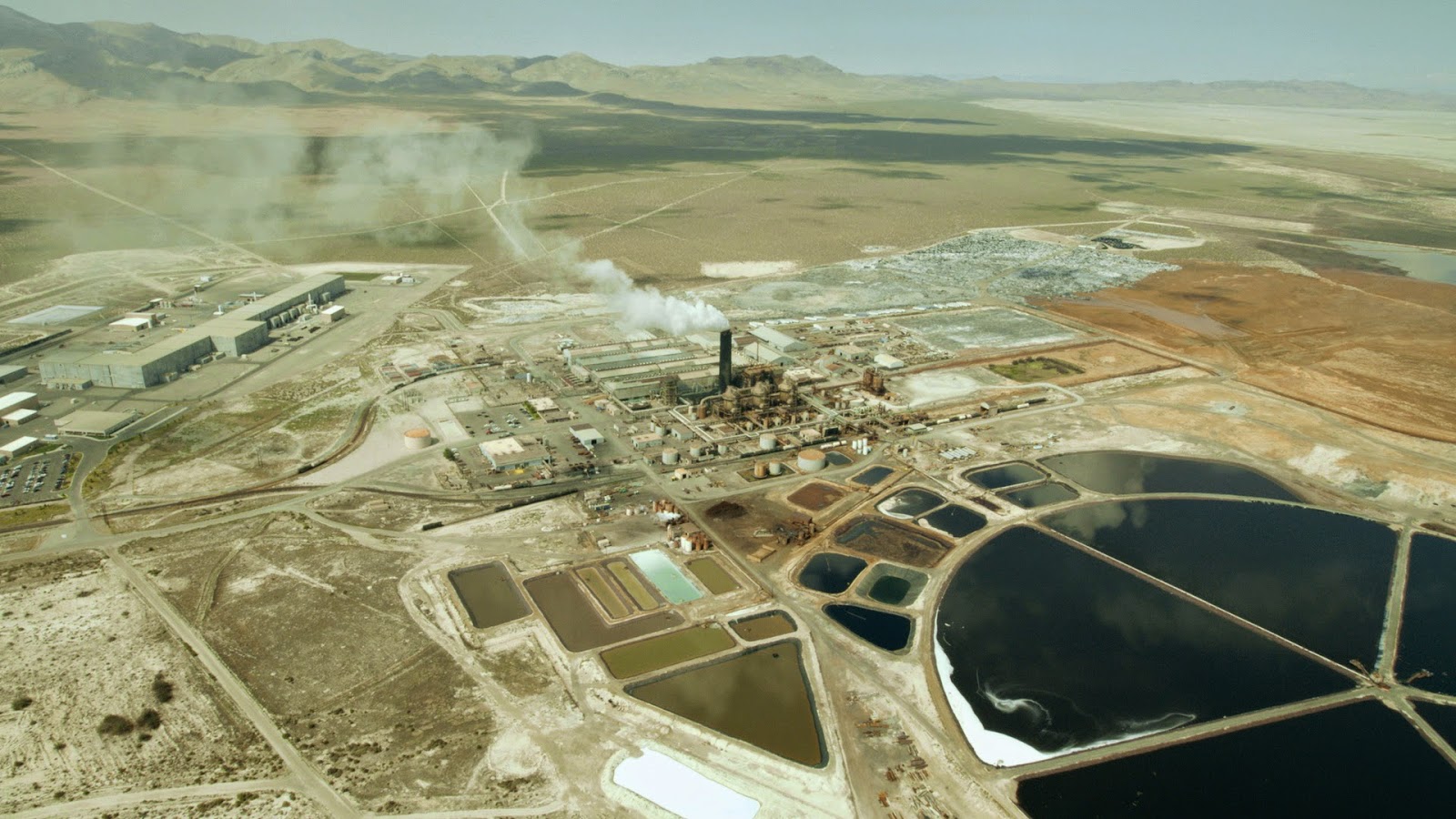 Of course this led me to research a little on the salt industry at Great Salt Lake. I was surprised to learn that no table salt is produced from GSL, only industrial use salt. All the salt is harvested from large evaporation ponds scattered around the lake. One such salt is called mirabilite.

In technical terms mirabilite, also called Glauber’s salt, is a sodium sulfate salt used in the production of salt cake. It is harvested from evaporation ponds on Great Salt Lake in the cold winter months and was named by Johann Rudolph Glauber who synthesized it. The salt itself crystalizes in sharp-edged shapes but dehydrates quickly turning the crystals into white powder. More poetically, mirabilite’s name is based on the Latin phrase Sal mirabilis or “wonderful salt.”

These geometric crystals have inspired me to create a seamless geometric pouch that can be knit in one piece: the Mirabilite Pouch. It is quite fun to knit and I created a pattern for two different sizes (mostly two different widths that create more volume inside). This is a great knit to show off your vintage buttons too! 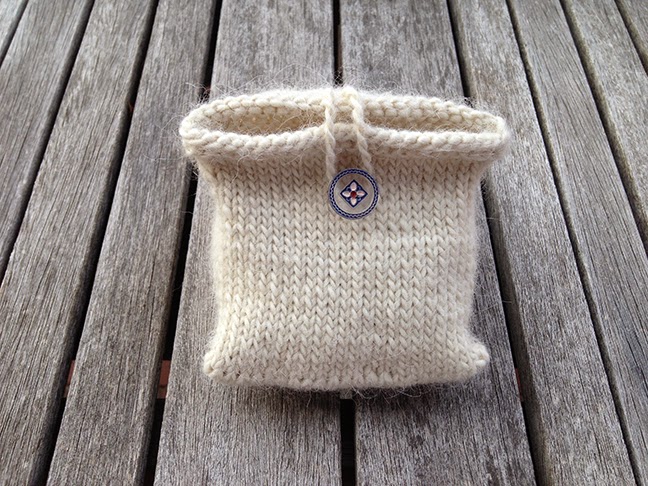 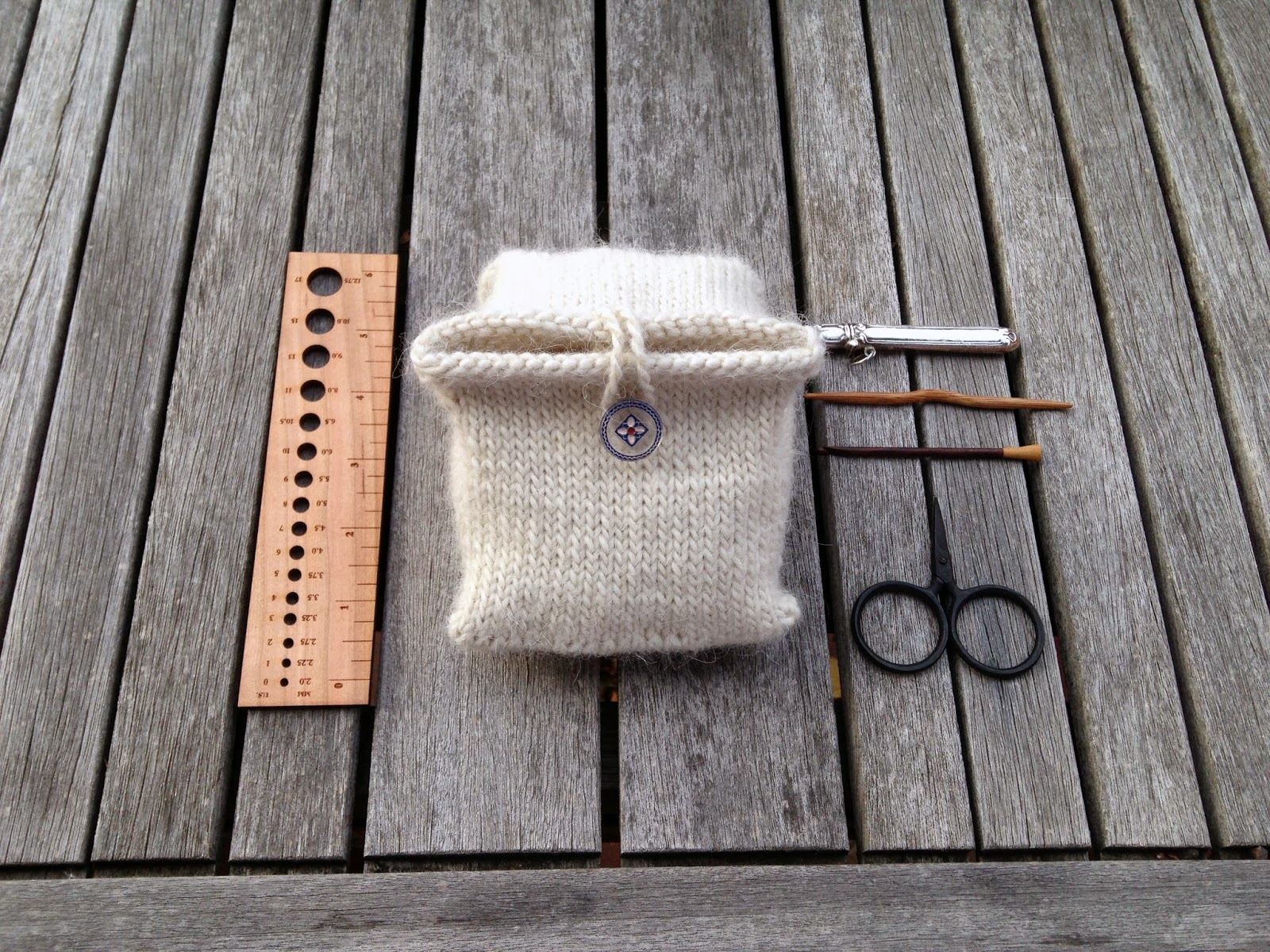 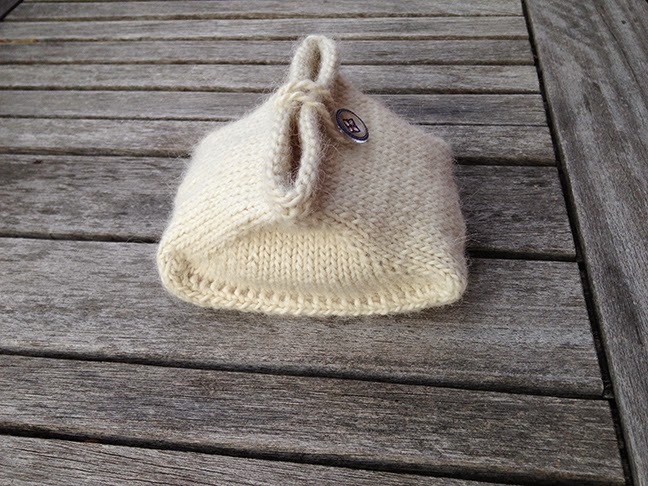 I created a few different colors because I couldn’t stop making them. And there are two sizes. The white one is larger (more volume) and the blue and pink ones are smaller. They are a quick knit and so useful for holding a variety of things. I mostly store my knitting notions in them right now but I think one of them will be reserved for all the salt crystals I gather at Great Salt Lake. You can find the pattern for the Mirabilite Pouch on my Ravelry site here. 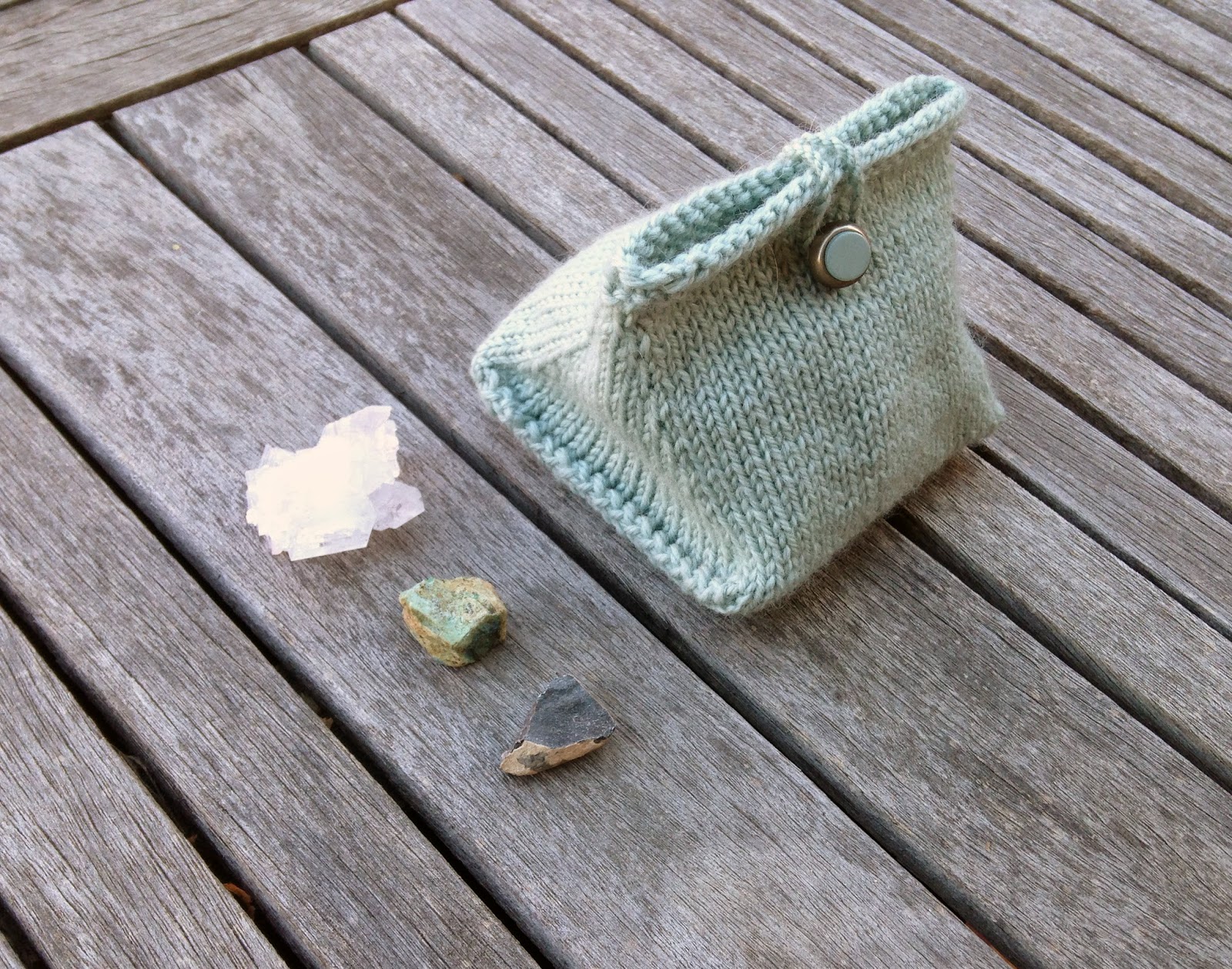 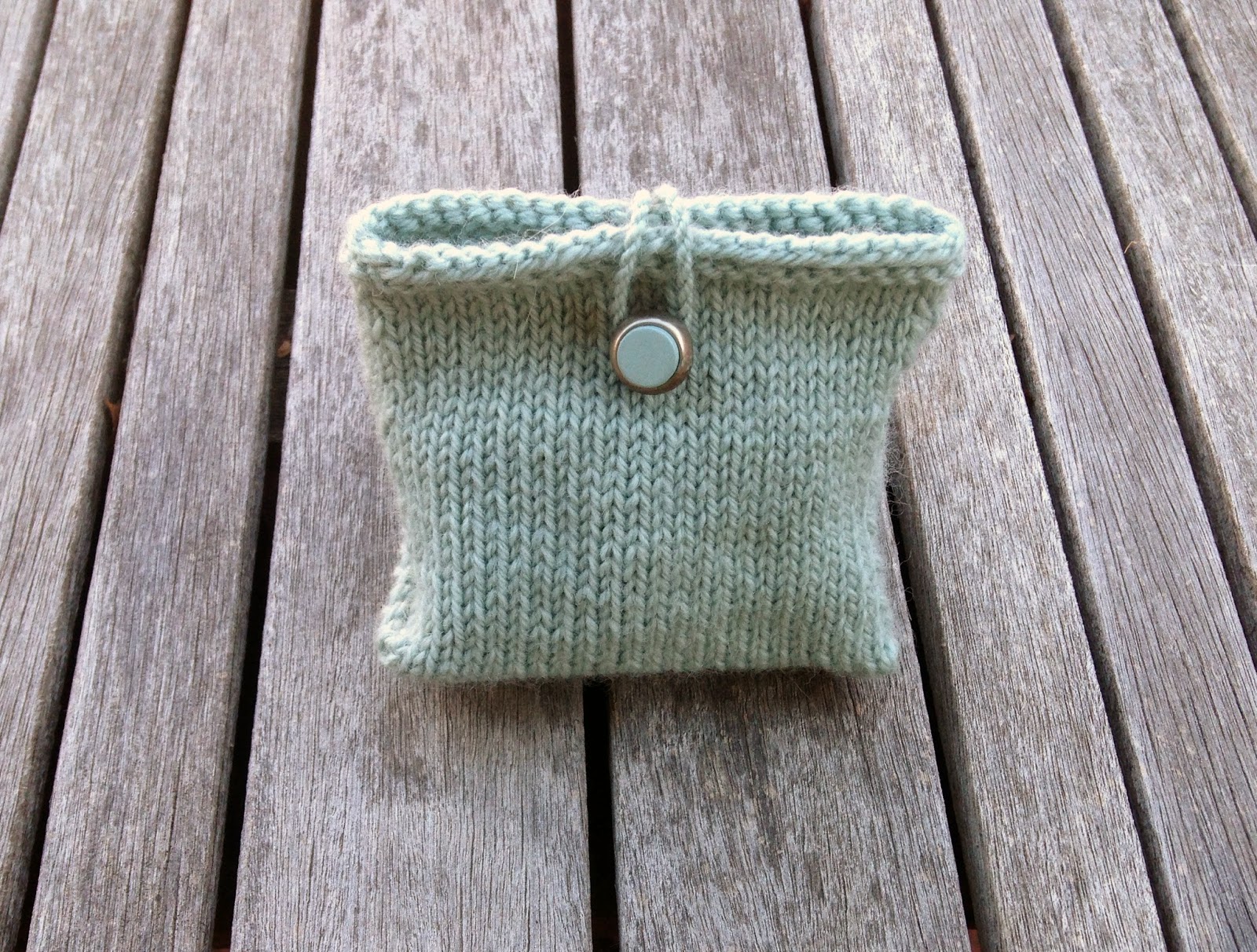 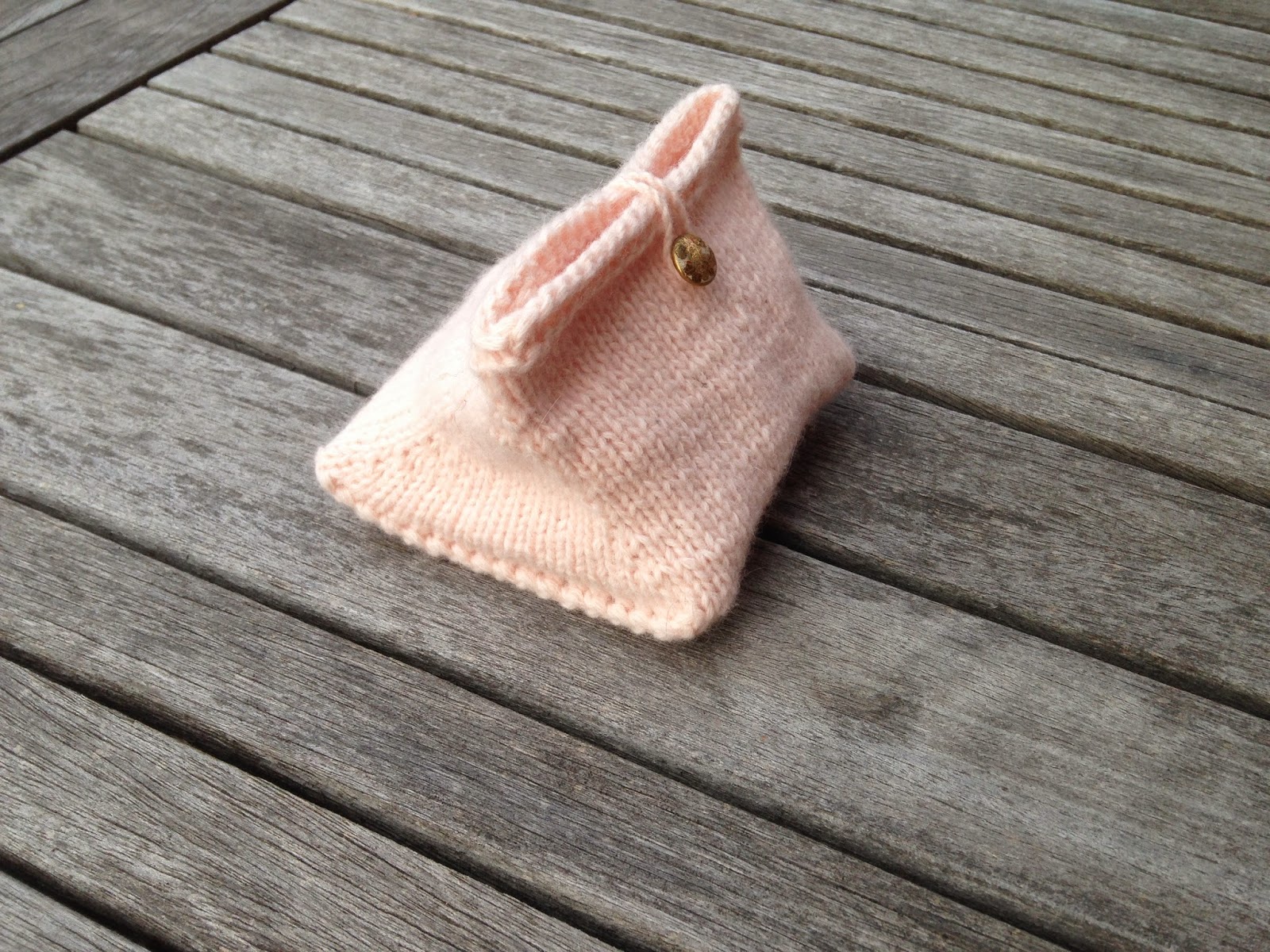 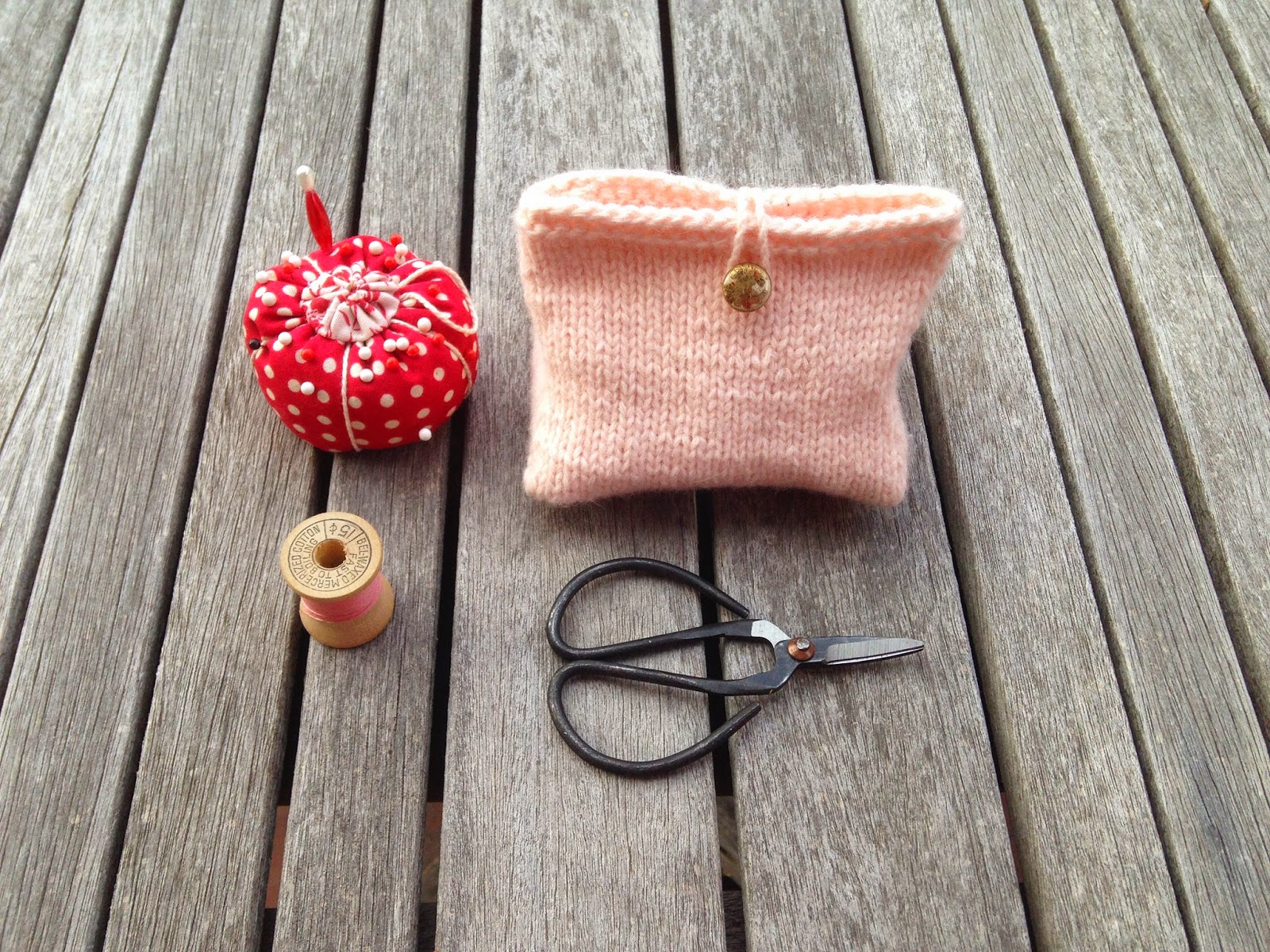 Posted by Virginia Catherall at 12:35 PM