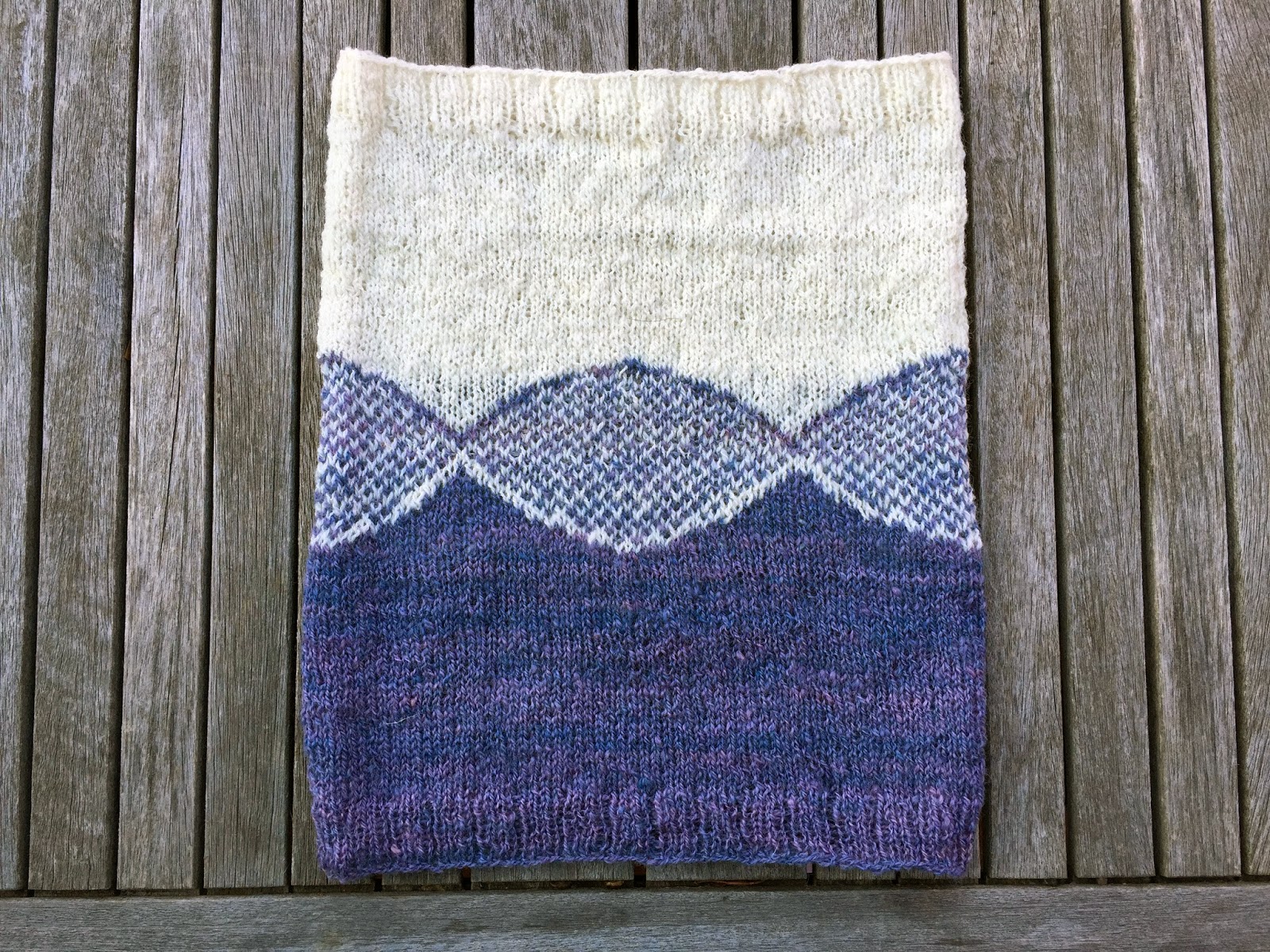 I finished the second version of my Salted Shores Cowl (see previous post) and while I like both a lot and love the handspun yarn, I have to say that I prefer the first version. The sine wave is more pleasing to me than the infinity wave, and the double infinity wave looks too much like a bra if you view it right. I also learned a new technique for knitting intarsia in the round for the first cowl that is a revelation! I explain the technique in the pattern and I put both charts in the pattern as well. It can be found on my Ravelry page.

I have been intrigued by this notion of terrior and how it relates to art and knitting. I hope to explore it more in future designs, including my next idea that I am already more than half finished with. Hopefully I will have time to blog again this week to discuss it. 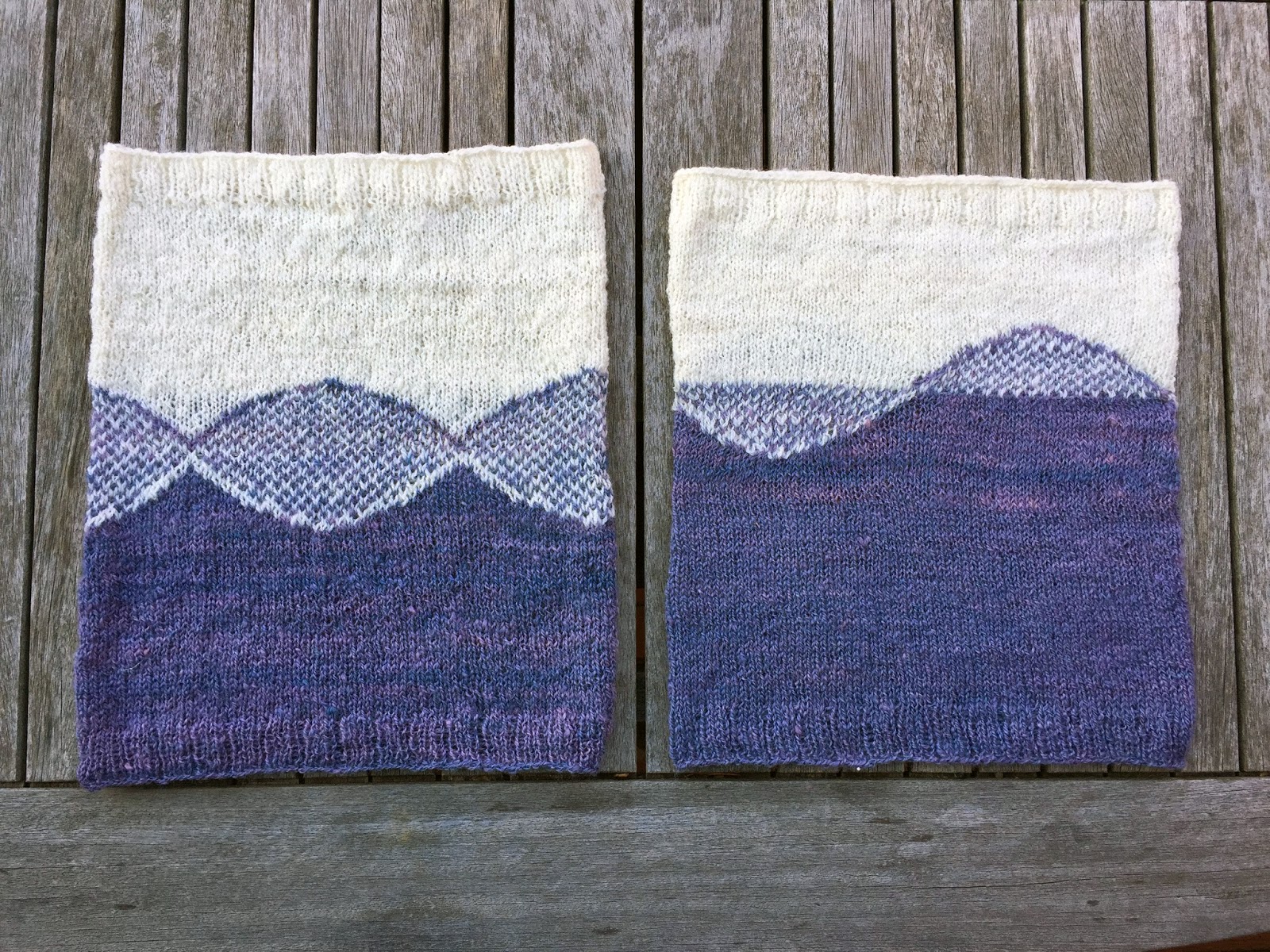 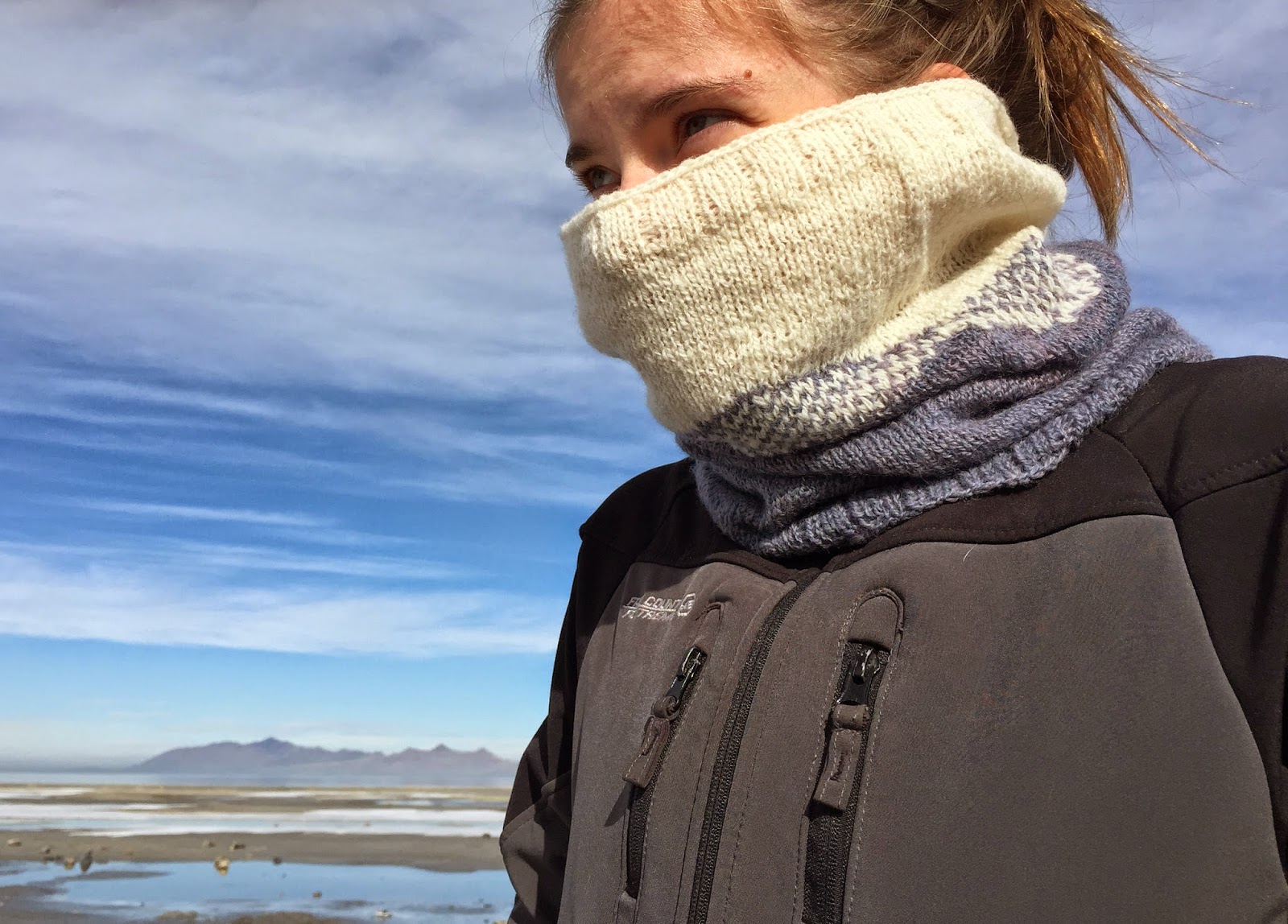 Posted by Virginia Catherall at 10:02 AM