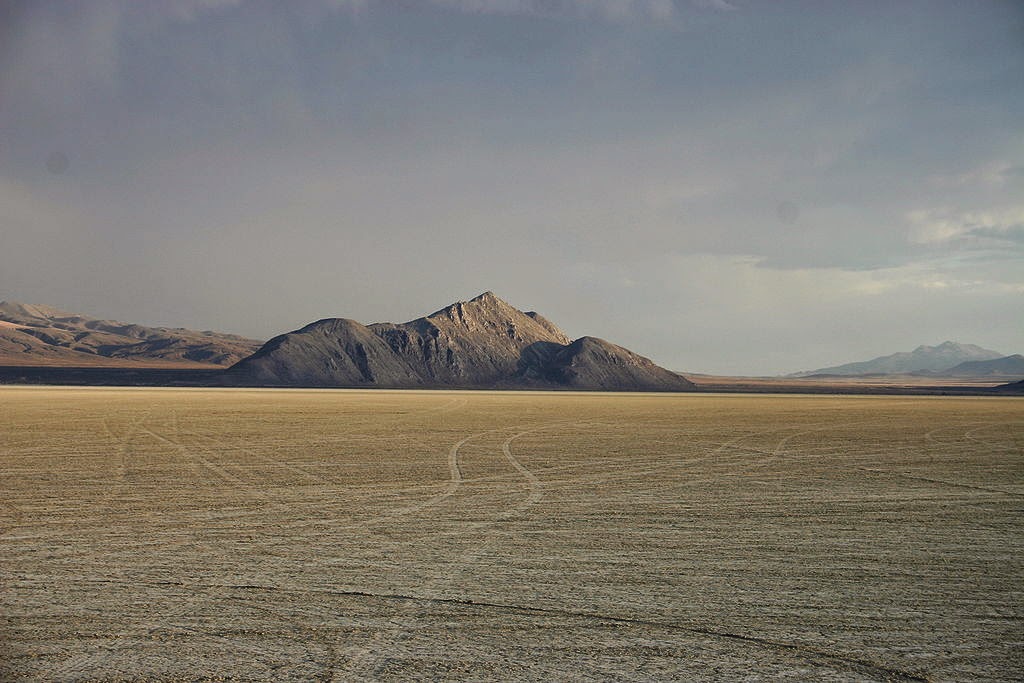 I am so honored to have just been chosen as the Black Rock Desert-High Rock Canyon Artist-in-Residence! This BLM National Conservation Area is in northwest Nevada and has incredible rugged landscapes. My project will of course be knitted and I hope to get a lot of inspiration over my two-week residency this spring.

I plan on blogging about my time in the desert so stay tuned at the end of May for more. In the meantime I am going to work hard and tie up any loose ends (unfinished patterns) so that I can have a clean slate and clean mind for all the new ideas I will get in Nevada!

I have a problem with yarn. My problem is that I fall in love too easily and will impulse buy. My most recent crush is this beautiful skein of Casbah Sock by Handmaiden in the colorway Salt Spray. When I saw this sock yarn, I fell for it and bought one skein on the spot. The subtle tones of blue are so beautiful. 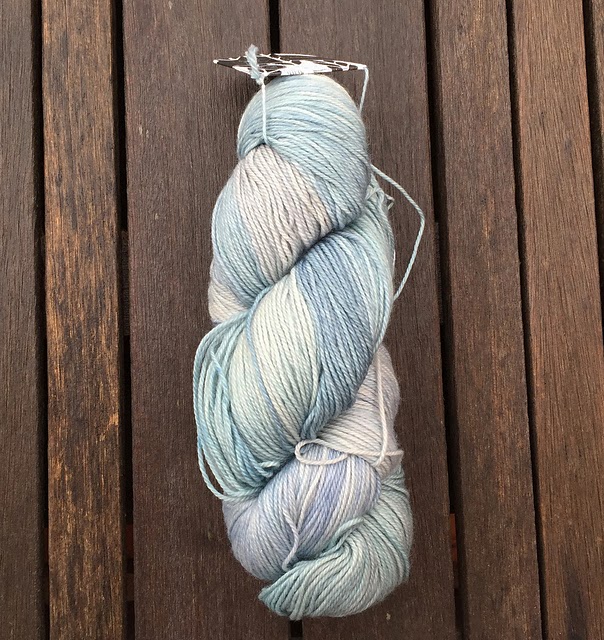 What to do with one skein? Socks of course! So I took inspiration from the color and the name and decided to design a delicate lace sock reminiscent of the colors and texture of Great Salt Lake. 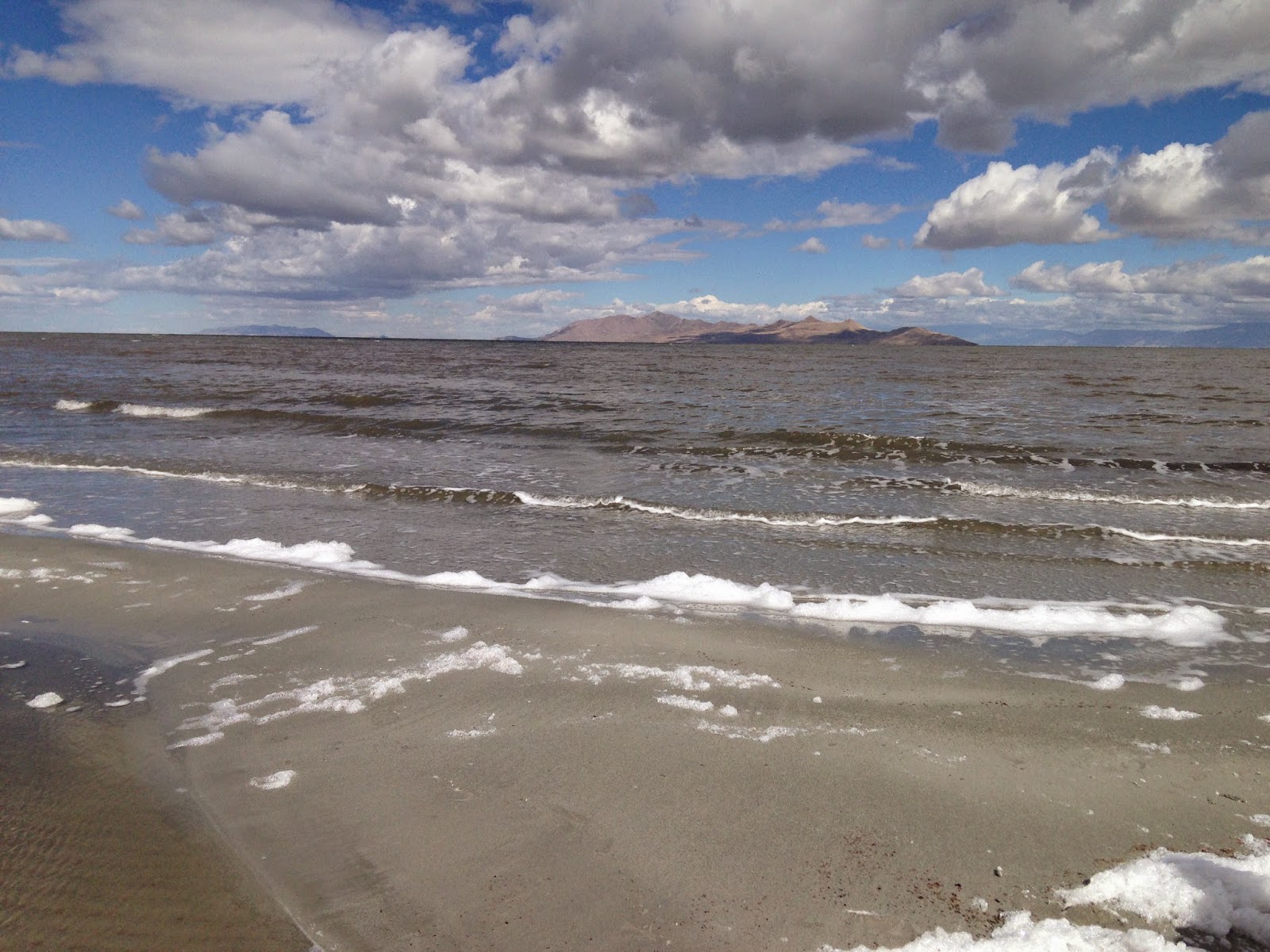 I chose a lace pattern that echoed the small waves in the lake (GSL never has large waves, that would be ridiculous) and the variation of flotsam that is ever present.  So far, I have knit one sock and am starting the second but am very pleased with these small delicate socks. I am choosing to call them Inland Sea Socks after the title of a book by artist Alfred Lambourne who homesteaded Gunnison Island in the 19th century. Hopefully in a week or so I will have the pattern done. 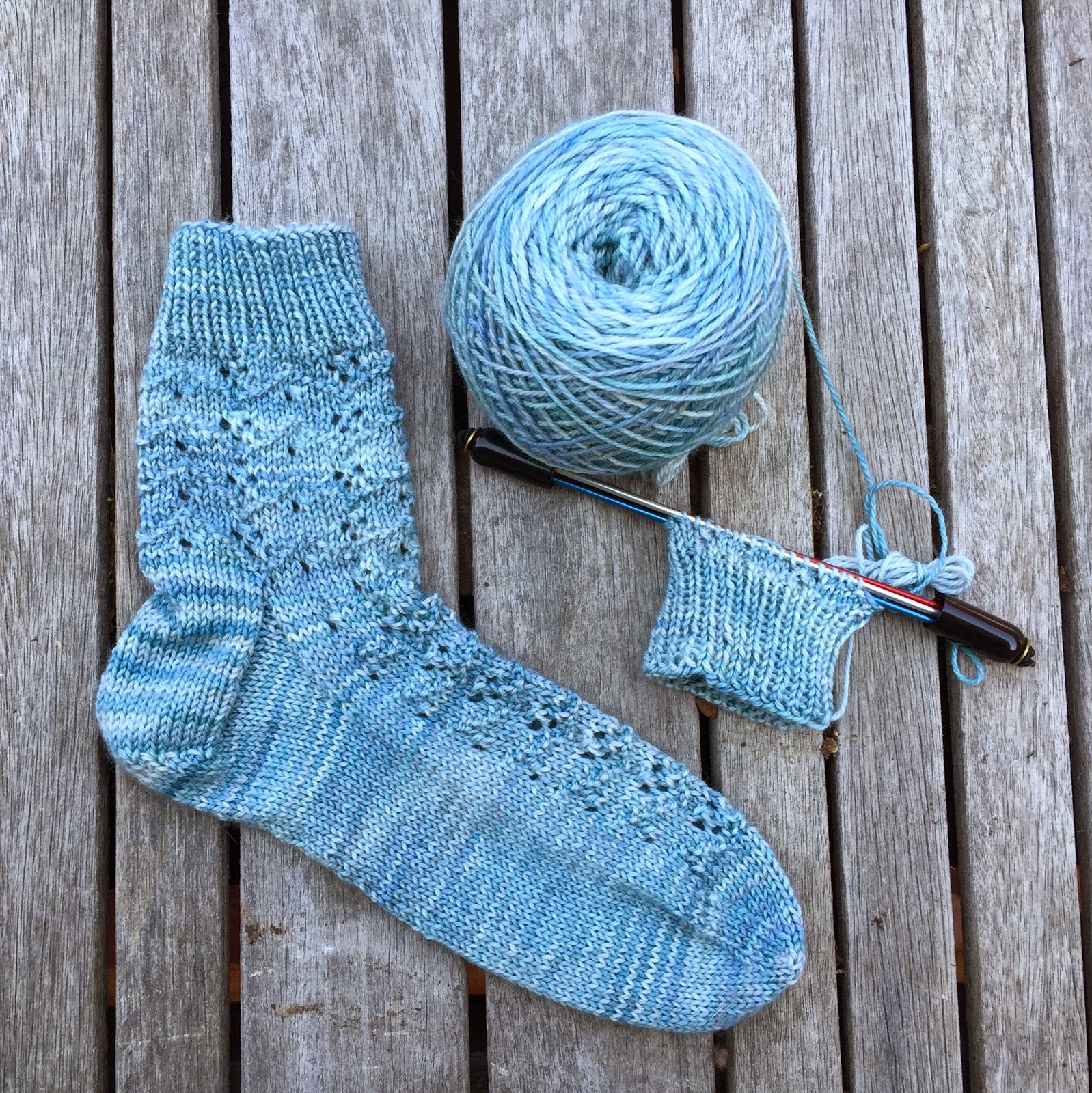 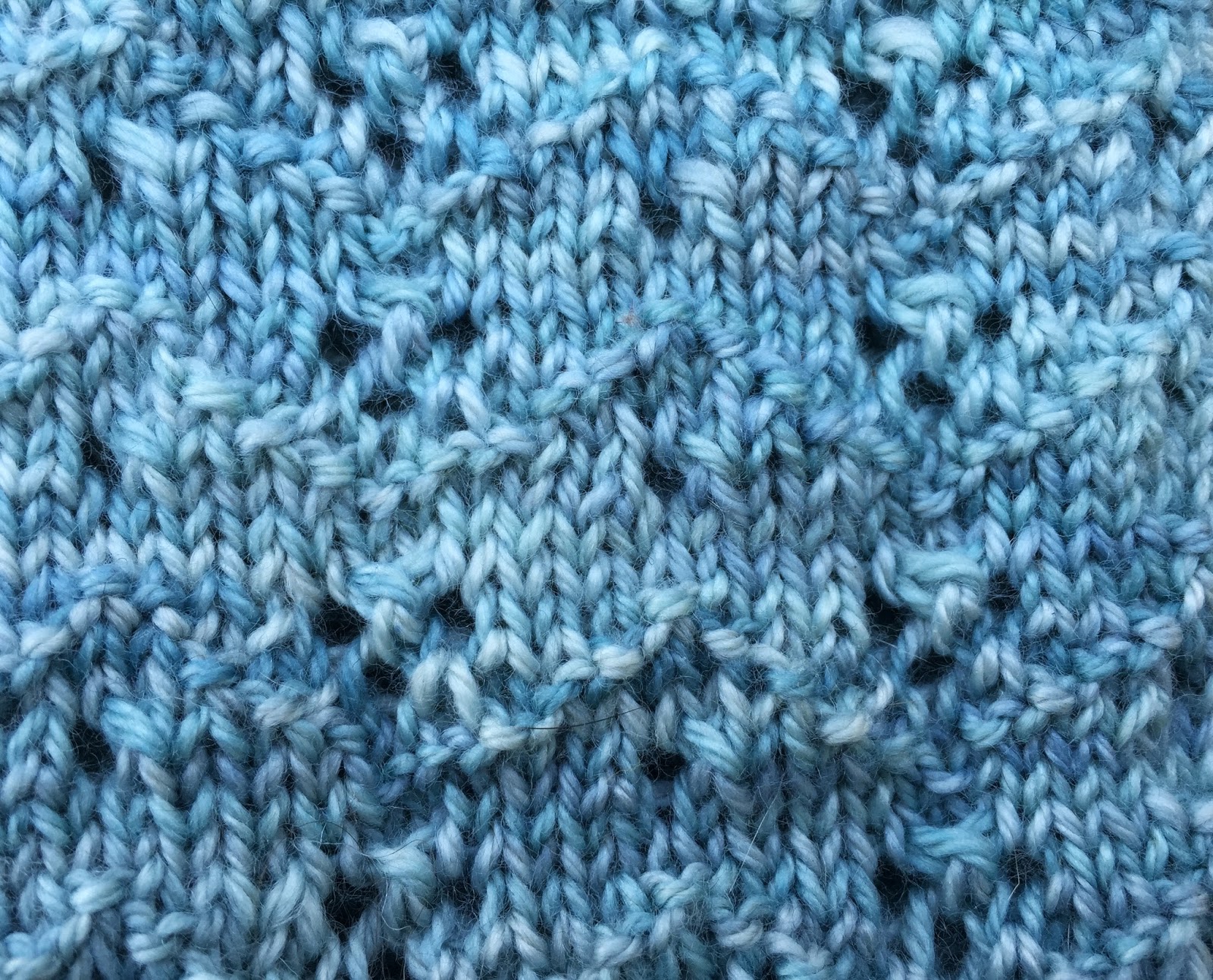 At twilight a wild and thrilling spectacle… Dim and pale, the moon, the ghost of a dead world, lifted above the distant Wasatch peaks and stared at the acrid waters of a dead sea.
-Alfred Lambourne, Our Inland Sea, 1887

We do not know the nature of this vast body of water that sparkles and sings.
-Terry Tempest Williams, Friends of Great Salt Lake website
Posted by Virginia Catherall at 12:33 PM No comments: 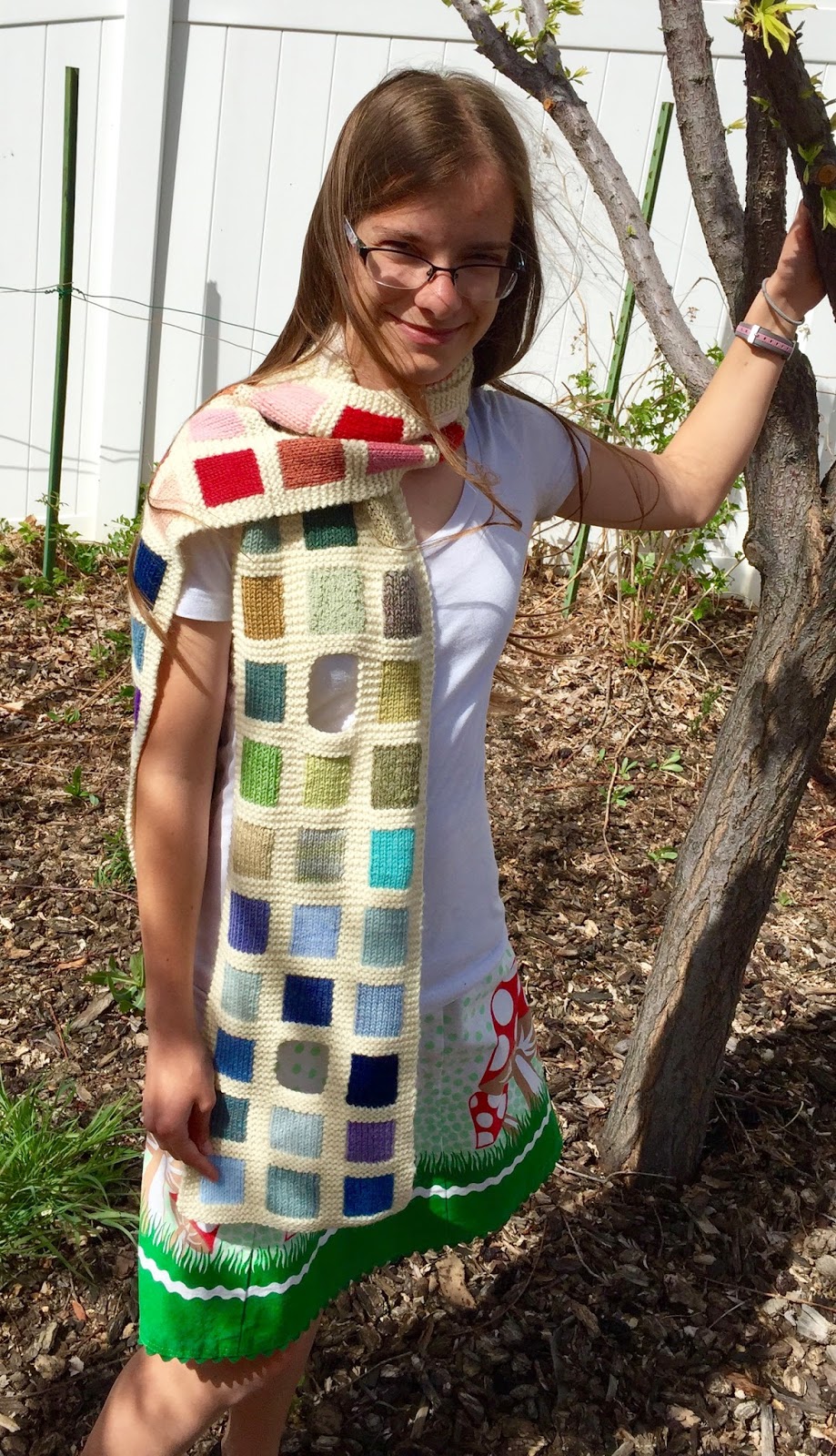 I finished the Lakeview Scarf weeks ago but never had the chance to photograph it until this weekend. Although I got my inspiration from the cyanometer, I realized that this scarf is actually a chromometer, comparing all colors not just blues. So I subtitled it that.

It turned out much better than I was hoping, very striking. Even though I used all scraps from my stash for the colors with different weights, materials, and gauges, I like the different textures it gives.

My sister said she was going to make one with the main color in seed stitch instead of garter. I think it might look better, so when she finishes, I will post those pictures as well.

I made a pattern and put it on Ravelry so if anyone wants to make one, it’s there. I would love to see pictures if you do.

Info on the pattern:
Great Salt Lake is a diverse ecosystem. From wetlands to salt marshes, the lake has more variety than you might initially think. This diversity is expressed in the lake’s color. Not just blue, the lake displays a myriad of hues. From bright red in the north arm to deep green in the marshes, Great Salt Lake cannot be described with just one color. The Lakeview Scarf displays all the colors of the water that I have observed going out to Great Salt Lake over several years. It is meant to allow the wearer to gauge the current color of the lake through the windows knit into the scarf to compare it to my observations. 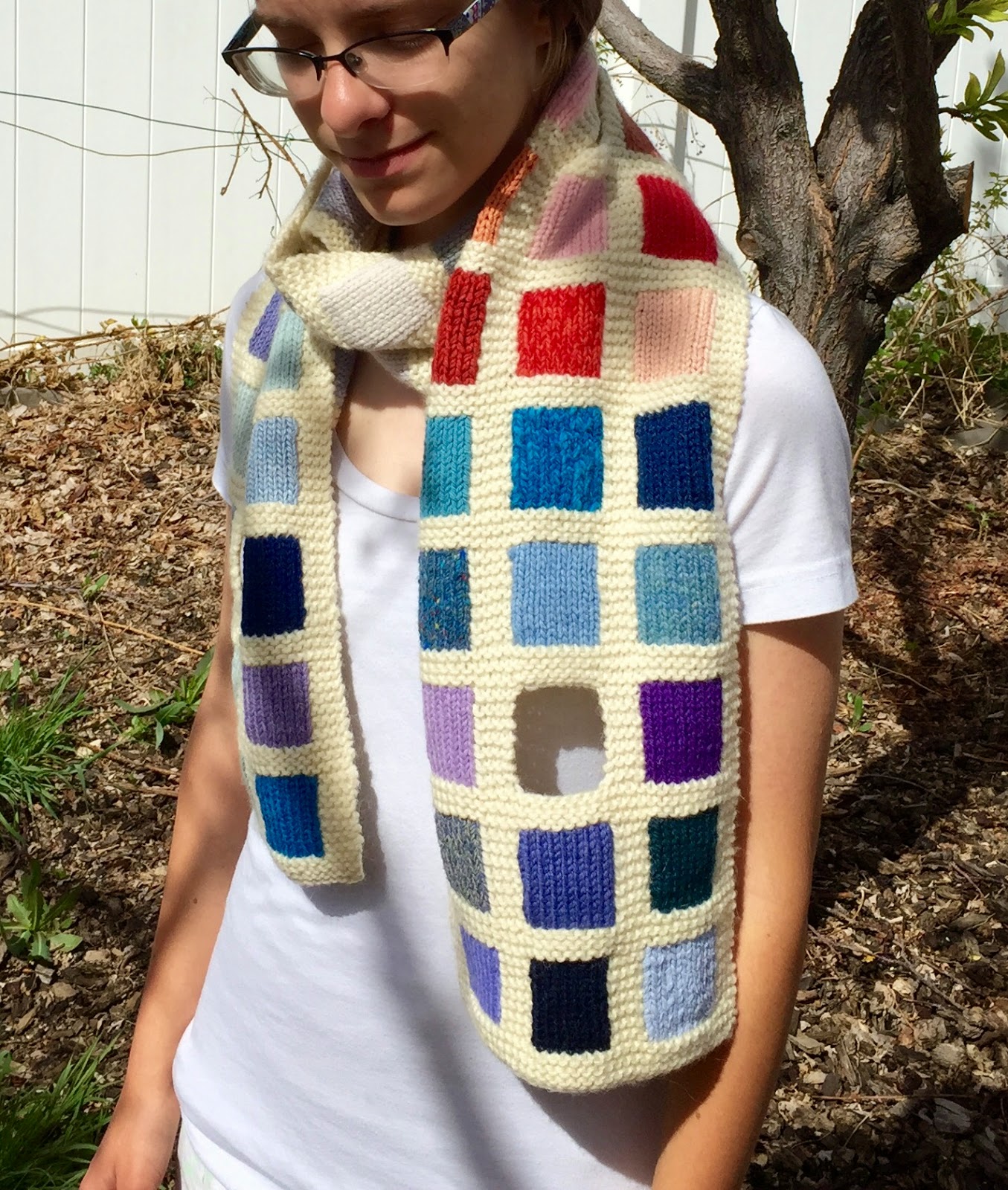 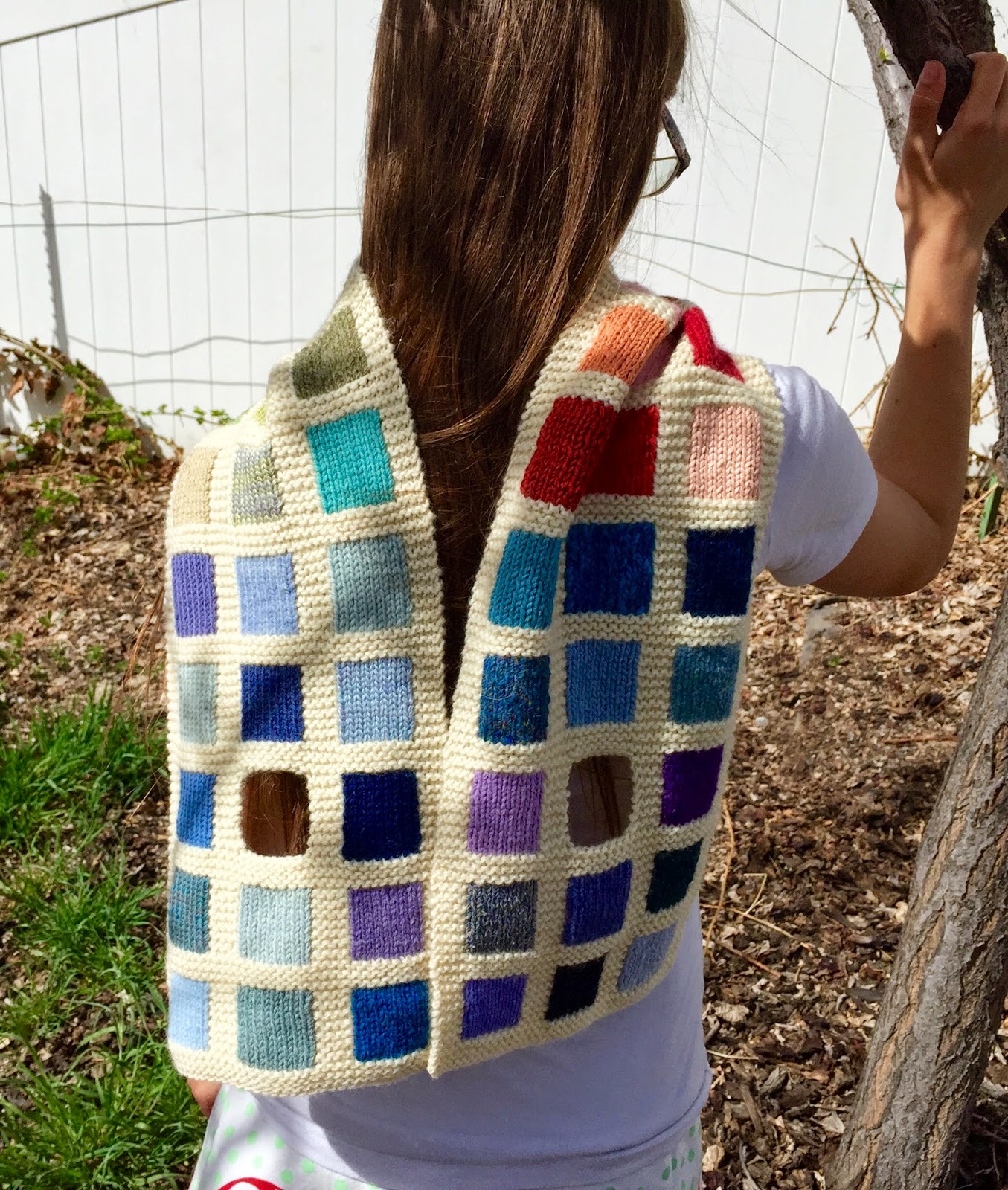 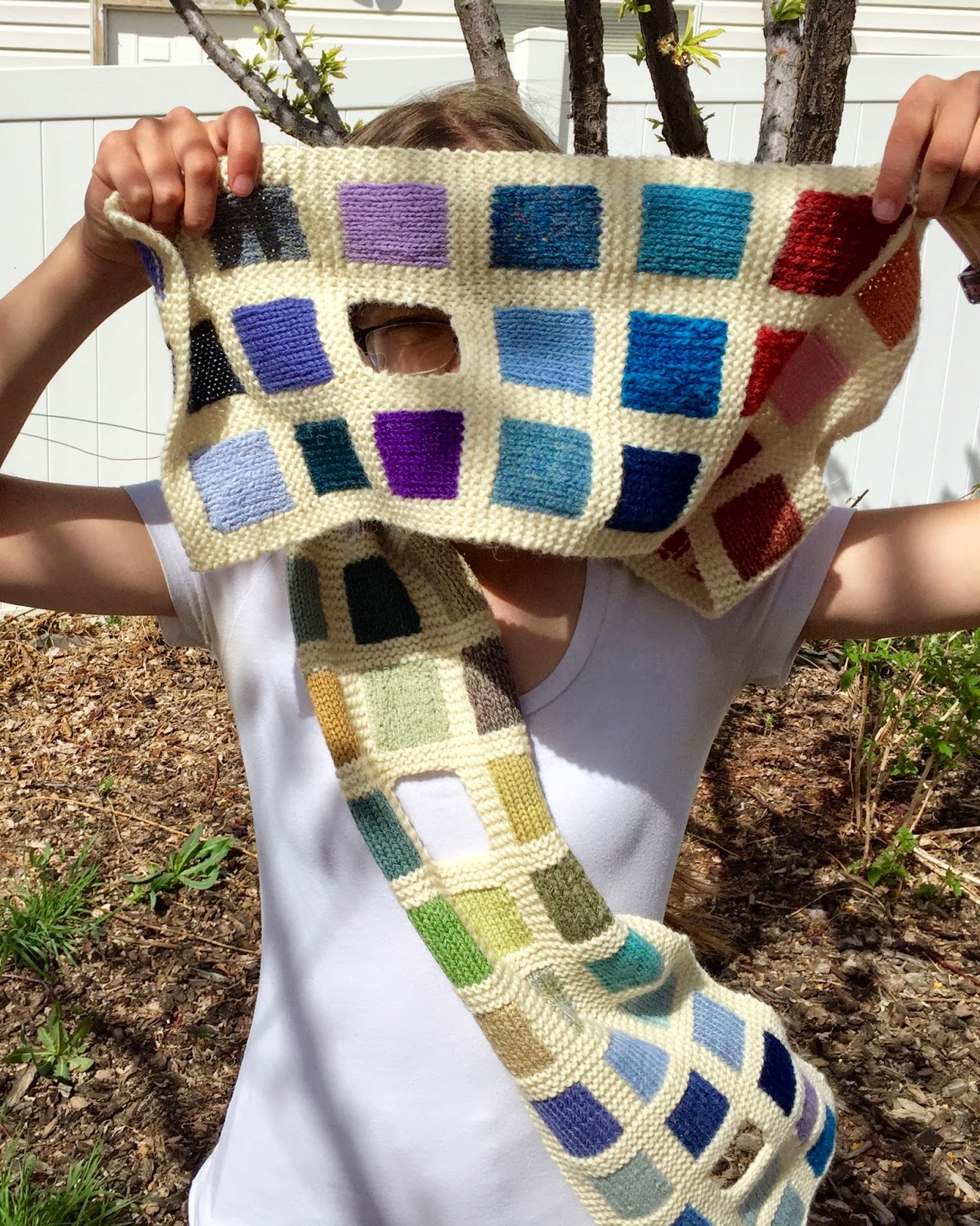 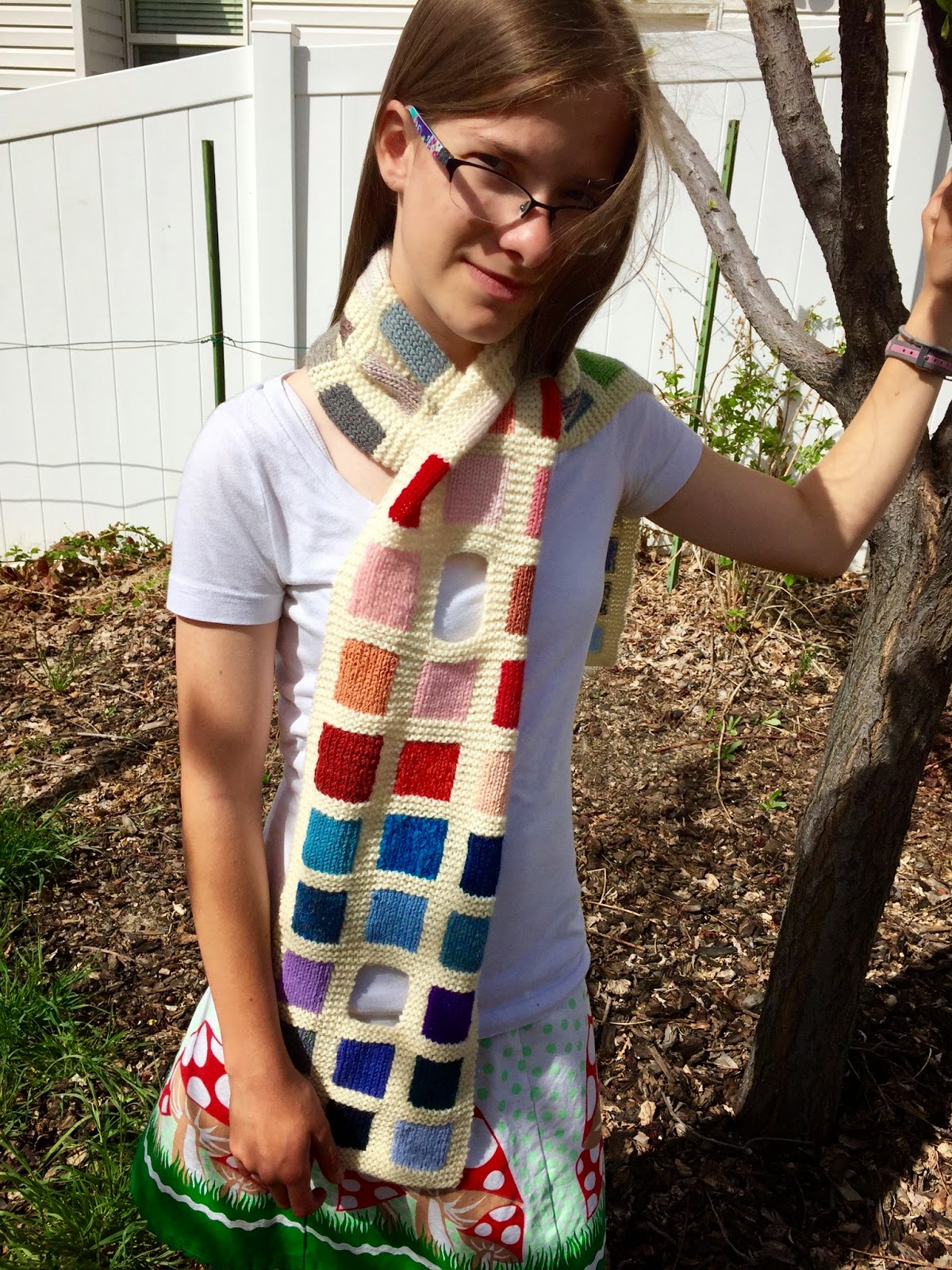 Posted by Virginia Catherall at 10:38 AM No comments: