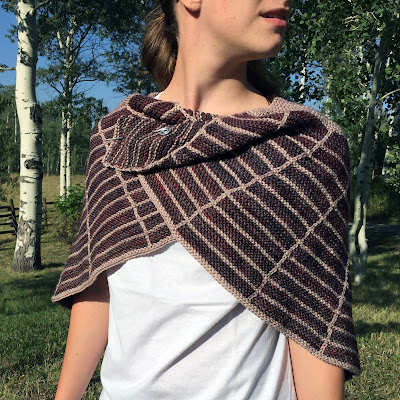 With Burning Man happening this week in Black Rock Desert, I pushed to finish my design for a shawl inspired by Black Rock City, a city created during the festival every year on the playa. 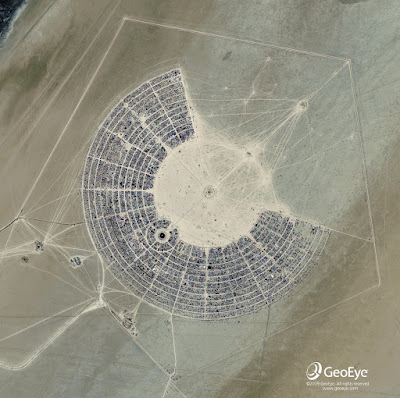 Every year on the Black Rock Playa a festival of immense proportions takes place called Burning Man. With around 70,000 participants in the festival, a temporary city is created for one week called Black Rock City. It is arranged as a series of concentric streets in an arc around the Burning Man sculpture. Radial streets called Avenues extend from the sculpture out to the edges and are given a clock designation, for example, 6:00 or 6:15. 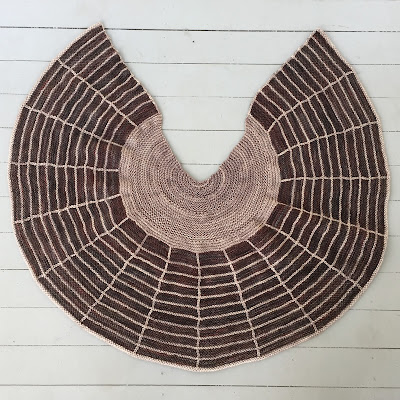 Such precise city planning creates a beautiful symmetry that begs to be lifted off the playa and wrapped around you. So I created this shawl. 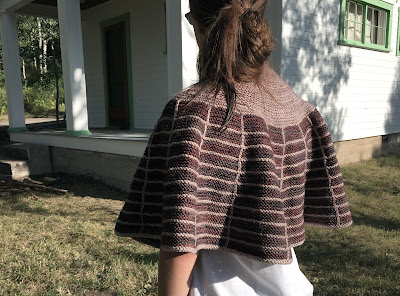 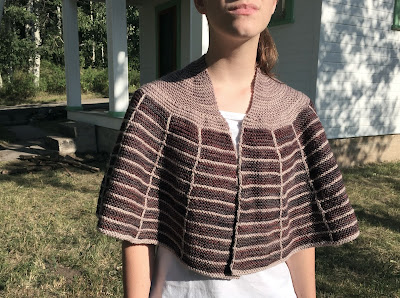 Knit from Malabrigo Arroyo it is soft and warm. I began knitting it in Black Rock Desert during my residency but didn’t finish it until this week. I have never done so much math and geometry on a design as I did on this one! 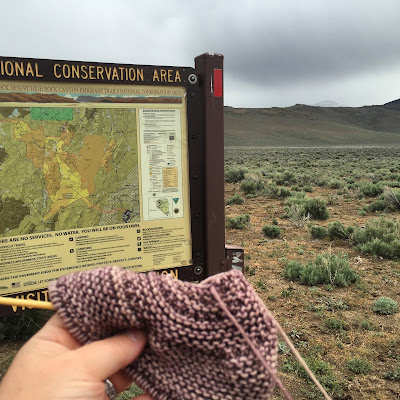 Posted by Virginia Catherall at 9:16 AM