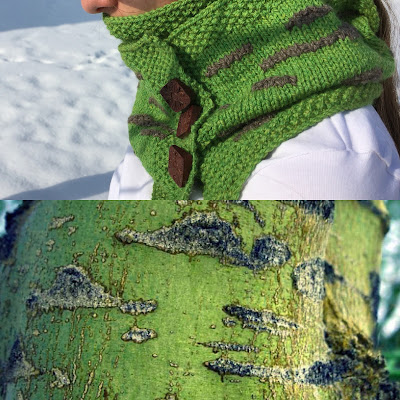 I am working on four different bark panels at the same time. I am well on my way to having all four of the wearable item finished but have not started on the panels themselves. That is going to be my push for the rest of the month. Palo verde is the fourth bark that I am trying to recreate. Palo Verde is native to the Sonoran deserts of the American southwest and Mexico. Its name means “green stick” in Spanish referencing the bark’s bright green color. The tree is drought-deciduous, shedding its leaves most of the year and only leafing out after a rainfall. But fortunately, photosynthesis is performed by its green bark despite its lack of leaves. 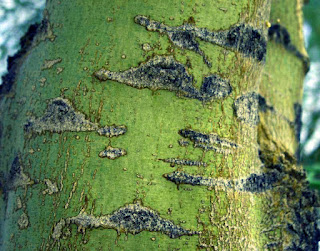 I love the bright lime green of the bark with the brown scars. It makes it look like a Frankenstein skin. My recreation might be a little brighter than the original but I like it. I made it into a long sideways scarf with buttons on the end. This is my first finished object and I am really getting into putting on the identity of the tree. 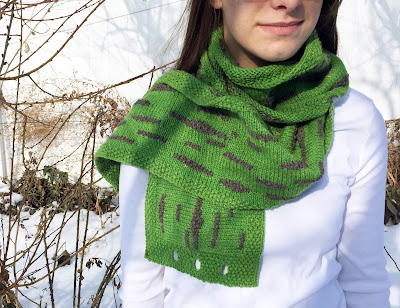 To me, palo verde is an independent tree. It doesn’t need to rely on leaves to survive. It can make it on its own! I can be as independent as palo verde while wearing this scarf. 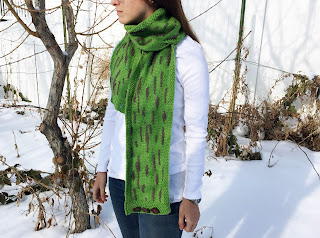 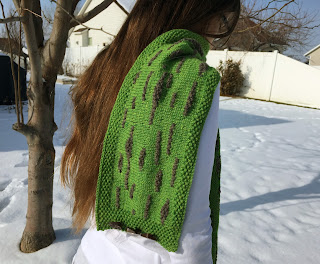 Posted by Virginia Catherall at 10:13 AM