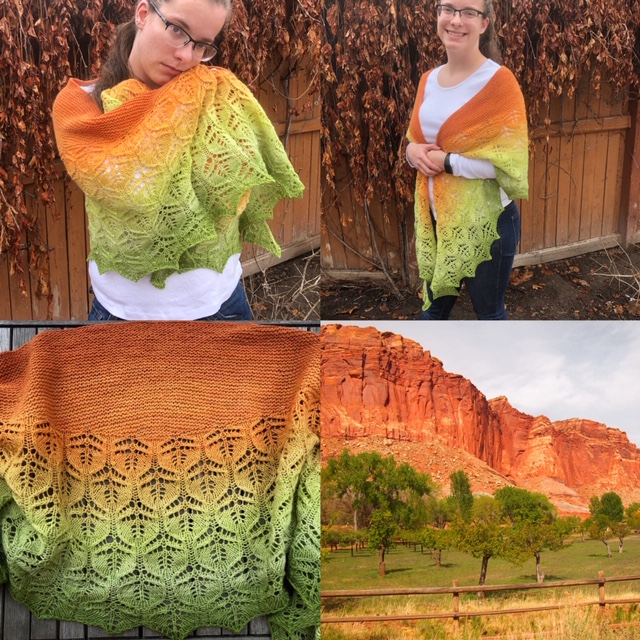 I have three pieces in an exhibition at the Brigham City Museum for the 2020 Utah Design Crafts Artists Competition. These three pieces are from my artist-in-residency last year at Capitol Reef National Park and reflect the varied landscape in the waterpocket fold. Sandstone Cliff shawl won an honorable mention too!

Fruita: The historic town of Fruita, within Capitol Reef National Park, is no longer inhabited by pioneers. But visitors can still pick ripe fruit from the lush orchards under the looming orange cliffs of the Waterpocket Fold. 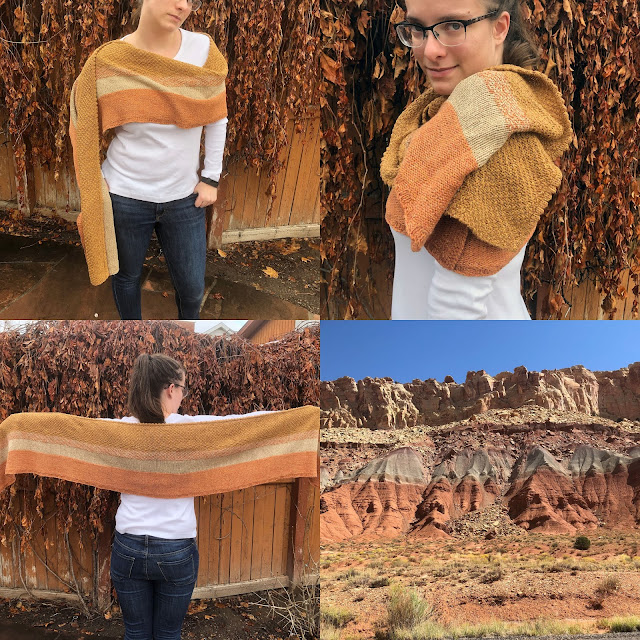 Sandstone Cliff: Nearly 10,000 feet of sedimentary strata were deposited in Capitol Reef National Park. This layer upon layer of sedimentary rock records nearly 200 million years of geologic history. Rock layers in Capitol Reef reveal ancient environments as varied as rivers, swamps, deserts, and shallow oceans. Fossils found in these rocks give clues that these sandstone layers were deposited when the region was at or near sea level, far below the current elevation. 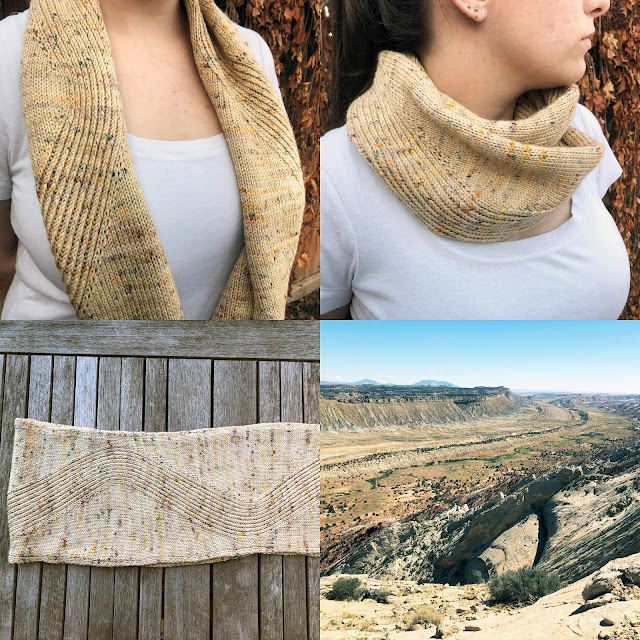 Strike Valley: Strike Valley can be seen from a spectacular overlook in Capitol Reef National Park. It is named for the geological feature where a valley runs parallel to the strike of underlying rocks. From the overlook, you can easily see the 100-mile meandering valley of roads, streams, and strikes. With the Waterpocket Fold to the west and the rugged cliffs of the badlands  to the east the valley makes for a dramatic furrow in the earth.

Posted by Virginia Catherall at 12:43 PM