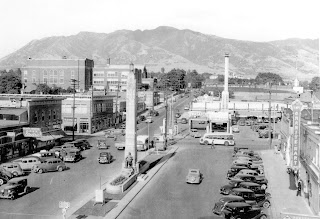 I live in an area of Salt Lake City called Sugarhouse. Sugarhouse is named because of the sugar beets that used to be grown here to make sugar. In 1853 a sugar beet test factory was created in an old blacksmith shop, hence the name Sugarhouse. In the early days of Salt Lake, Brigham Young and the Mormon settlers were trying to be self-sufficient and began manufacturing many things from silk to sugar. Alas, the operation was a failure and there are no longer any beets grown in the area.

Now, the heart of Sugarhouse is a shopping district with stores, restaurants, hotels, businesses and parks. Sugarhouse park is a large park on the site of a former prison. We go there all the time to play, sled, walk, and bike. I also knew about another small park in the area called Hidden Hollow but I had never been to it.

The other day, while eating at a restaurant in Sugarhouse (because I was lazy and did not want to cook), we realized that the Hidden Hollow Park was right behind where we were eating on the outdoor patio—right In the middle of the Sugarhouse shopping district. My two sons, husband and I decided to explore. It truly is a hidden gem in the middle of the city. 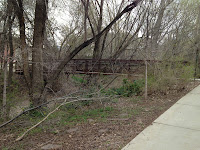 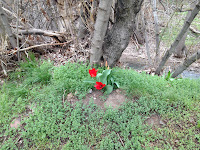 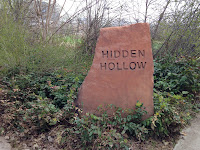 There was a stream and lots of trees, winding pathways, bridges and interpretive signs. I am sure that it will look better when the leaves all come out. There was also several giant bronze beet sculptures right in the pathway. 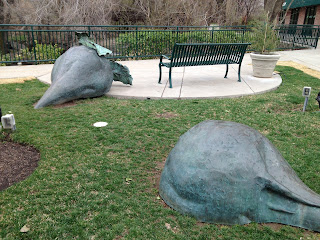 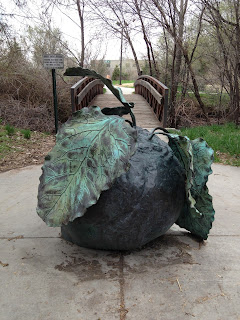 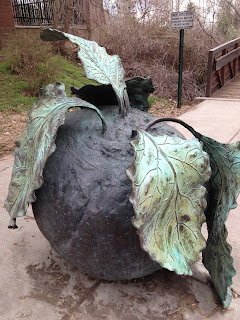 The sign by one of the sculptures told the story of Sugarhouse and the beet farming that took place. But it also told me something I didn’t know, that no sugar was every processed in the factory. The experiment was a failure from the beginning! 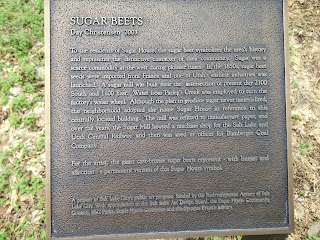 In honor of this failed experiment in Salt Lake and in my backyard, I want to create something inspired by the lowly sugar beet. I want to even try dyeing with beets – they are so red, it must make a beautiful color.
Posted by Virginia Catherall at 12:50 PM