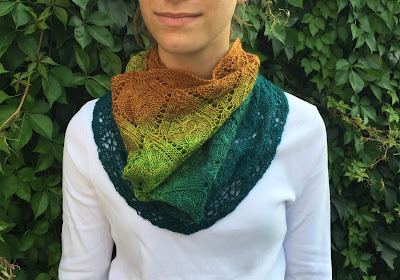 One of the most otherworldly features around Black Rock Desert is not even in the National Conservation Area. Fly Geyser is on private land a few miles from the NCA. But I was inspired by this amazing geologic formation to make the Fly Geyser Lace Ring. I couldn’t resist playing around with the colors and forms of the geyser. 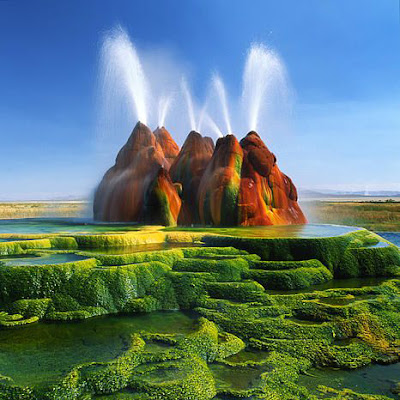 Fly Geyser was inadvertently created in 1964 while drilling for sources of geothermal energy. Water is constantly being released, rising up to five feet in the air, and over the decades dissolved minerals have built up the diverse mounds and pools around the spring. 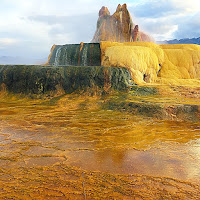 But the most striking aspect of the geyser is its brilliant coloring, not created by minerals, but by thermophilic algae. Evidence of life surviving in the most extreme environment. 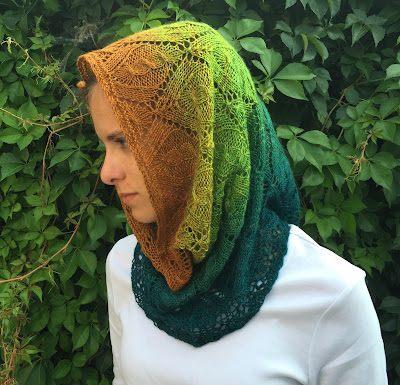 The Fly Geyser Lace Ring not only mimics the colors of its namesake, but I also tried to give a nod to the shapes. The border is a rounded lace pattern similar to some of the rounded pools at the base of the geyser. The main lace panel has peaks with cables rising from them similar to the curling steam that is constantly spurting out. 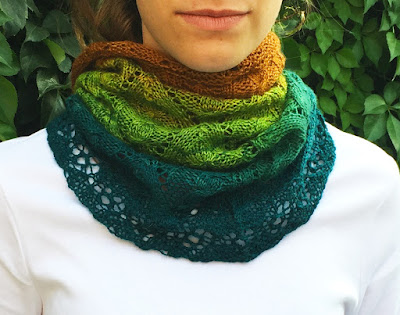 As with the other 14 pieces, this piece was created as an Artist-in-Residence at Black Rock Desert National Conservation Area. And I hope to be getting the patterns done soon to have them all at the same time. 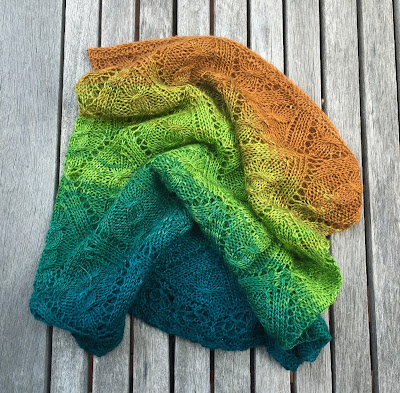 Posted by Virginia Catherall at 9:59 AM