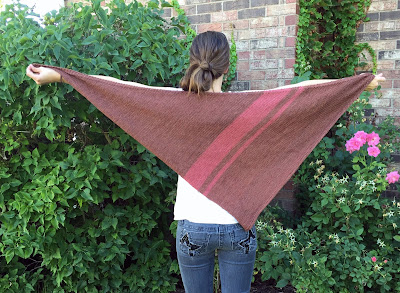 I made this shawlette because I wanted to capture an abstract impression of a landscape. Mormon Dan Peak has such dramatic and stark features that it was easy to see it as an abstract form. 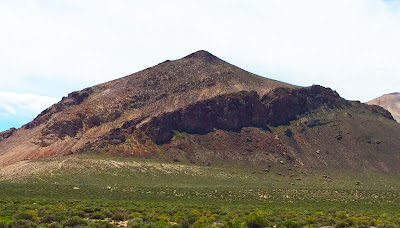 Mormon Dan Peak is in the Calico Mountain range in Black Rock Desert. The range is named for its colorful rock layers but this peak stands out with its jagged rock formation. Like a slash by a giant hand, the tilted and rugged rocks formed by millennia of geologic unrest attest to the severe and wild landscape around Black Rock Desert. 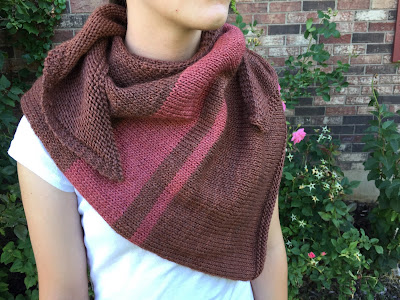 I would see this peak many times driving along Soldier Meadows Road and would tell myself that it would make a great pattern on something. It wasn’t until the very end of my stay at Black Rock Desert that I finally took my own hints and designed this piece. I wanted to capture the beautiful colors of rust and earth that the mountain is made of as well as the dramatic ridge of rock that slices diagonally through the it. The simplicity of the colors and forms makes this one of my favorite pieces from my artist in residency at Black Rock Desert. 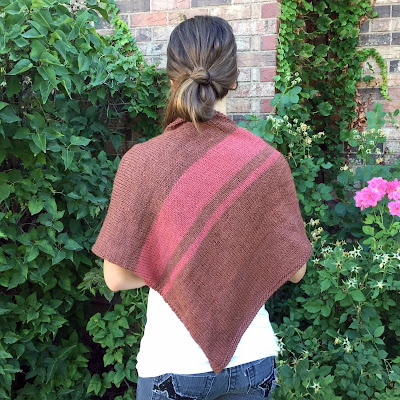 Posted by Virginia Catherall at 11:11 AM